--> A series of activities of "Party History Lessons in Movies" in Beijing Colleges and Universities Launched: Use the "small screen" to speak well about the "big history" | AboutMicro News
'https://svgshare.com/s/YY2' >

A series of activities of "Party History Lessons in Movies" in Beijing Colleges and Universities Launched: Use the "small screen" to speak well about the "big history"

A series of activities of "Party History Lessons in Movies" in Beijing Colleges and Universities Launched: Use the "small screen" to speak well about 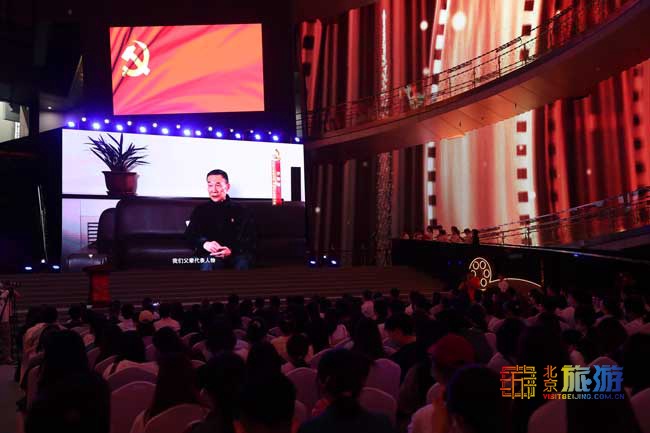 [Global Network-Cultural Tourism Report] On May 28th, Light and Shadow Seeing China-the launching ceremony of the series of "Party History Lessons in Movies" in Beijing Colleges and Universities was held at the China Film Museum. The purpose of the activity is to implement the "Notice on the Publicity and Education of Party History, New China History, Reform and Opening-up History, and the History of Socialist Development in the Whole Society" deployment, to better play the important role of visualization teaching materials, and to use video footage to teach party history learning and education. Big Ideological and Political Course". Representatives of teachers and students from universities in Beijing collectively watched the opening film "Jiao Yulu" and had a face-to-face exchange with film artist Li Xuejian.

The movie "Jiao Yulu" starring Li Xuejian shared his understanding of Jiao Yulu's spirit. After that, Zheng Jichun, deputy secretary of the Beijing Municipal Commission of Education and Work, issued letters of appointment to film artist Li Xuejian and actor representatives Wang Fei and Wang Ban as the guest speakers of the party history class in Beijing colleges and universities. Afterwards, under the guidance of the ideological and political teachers, the participating teachers and students watched the movie "Jiao Yulu" collectively. The organizer of the event, Secretary of the Party Leadership Group and Director of the China Film Museum, Chen Ling, stated in her speech that a century of Chinese film history is a vivid teaching material for party history learning and education. The excellent film works fully demonstrate the great achievements of the Chinese people under the leadership of the Communist Party of China in the various historical periods of revolution, construction, reform and opening up, especially the image of outstanding Communists and heroic spirit on the screen, infecting and inspiring generations of Communists Stepping forward at a critical moment, witnessed that the Chinese Communist Party has always been the mainstay of the times and the backbone of the Chinese nation. In this series of activities, we pay more attention to the combination of film and education, film and ideological and political courses, through thematic exhibitions, film lectures, film screenings and guided tours, theme essays and film reviews, and drawing new posters for old films. , Give full play to the excellent visual education resources of red films, and play a unique role in the education of party history in colleges and universities and in the youth group. 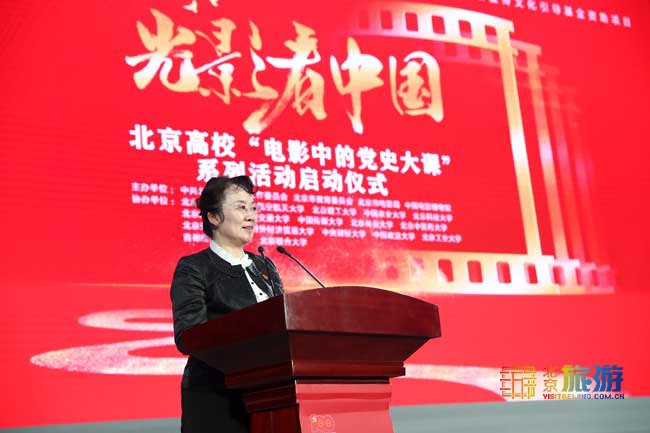 As an important part of the educational activities on the theme of "Follow the Party forever" in Beijing's education system, the series of "Party History Lessons in Movies" will organize film creators to go deep into college ideological and political classes, focusing on party history stories and ideological and political lessons in movies Teachers will "same the same class", and will collect film reviews and posters from teachers and students to further deepen the effectiveness of party history education and use three-dimensional vivid methods to allow college students to review the party’s century-old history and keep in mind the party’s history in the light and shadow classroom. The original mission is to use the party’s glorious tradition and fine style to strengthen the beliefs, strengthen the character, and forge ahead in the new era and march towards a new journey with a more vigorous mental state. 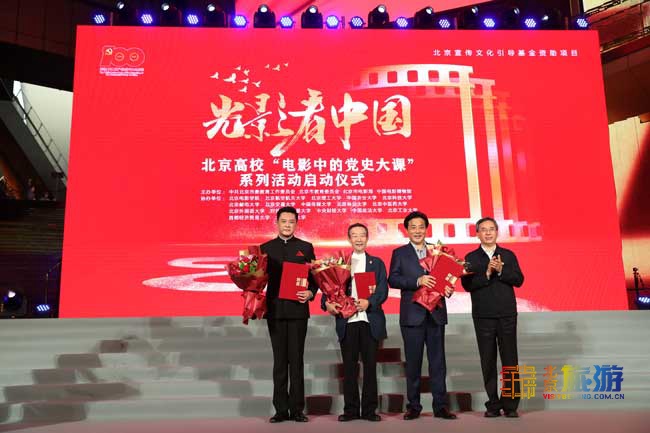 After the ceremony, the movie "Jiao Yulu" was screened in the 6th theater of the China Film Museum.