After 22 years of bombing the Yugoslavia, NATO countries finally apologized!

This is an apology 22 years late, which embarrassing NATO. But after looking at it, this is also a forgotten piece of news. The internatio...

This is an apology 22 years late, which embarrassing NATO.

But after looking at it, this is also a forgotten piece of news. 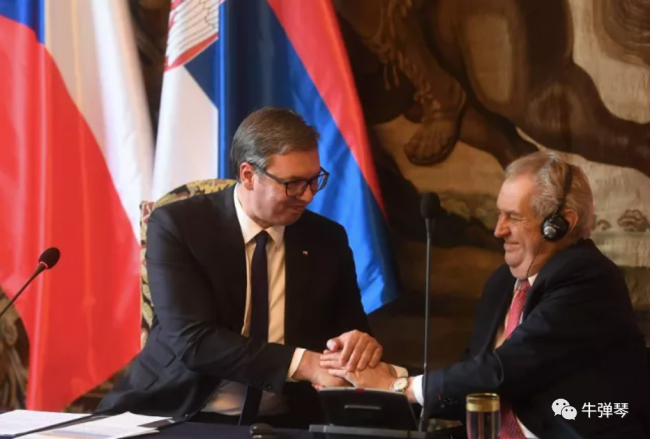 The international mainstream media seems to have chosen to forget, but to Serbia, NATO, and China and Russia, this apology is undoubtedly of special significance.

22 years after the bombing of the Yugoslavia, the leaders of NATO countries finally apologized in person!

The one who suddenly apologized was the very individual Czech Republic President Zeman.

On May 18, when meeting with the visiting Serbian President Vucic, Zeman moved emotionally. He apologized to Vucic and asked the Serbian people for forgiveness for the Czech Republic’s participation in the NATO bombing of Yugoslavia in 1999.

Zeman said that this matter had troubled him for many years and had tortured his soul.

On March 12, 1999, the Czech Republic was approved to join NATO; more than a week later, on March 24, NATO bombed Yugoslavia without the authorization of the Security Council.

Czech Prime Minister Zeman is the time, according to him, the Czech Republic is the "last" NATO countries agreed to air strikes, when he "desperately" want to seek partners, against NATO air strikes, but it takes two to tango, "but that is no excuse, (at the time Czech Republic) lacks courage".

Now the President of Serbia is here, with the vaccine that Czechs need most. Zeman awarded Vucic the "White Lion Medal", the highest national honor in the Czech Republic. He told Vucic:

I would like to take this opportunity to apologize for the bombing of the Yugoslavian League... By asking for forgiveness, I am resolving a long-term trauma, because regret is liberation. As I said, I saved my soul.

Vucic, who is so frank, so frank, so sincere, watching the news, and also very personal, seemed to be a little shocked, and said with emotion: No one has said anything like this, and the Serbs will "forever appreciate" Zeman's apology. History seems to have turned a page, but history cannot be forgotten.

On March 24 this year, on the 22nd anniversary of NATO’s bombing of Yugoslavia, Serbia held a painful commemorative event.

Vucic said at the time that today, 22 years later, Serbia has chosen to forgive, but as president, he must not forget.

For China, this is also an unforgettable war, because in this war, the Chinese Embassy in Yugoslavia was also destroyed by American missiles. Three Chinese journalists in the embassy-Shao Yunhuan, Xu Xinghu, and Zhu Ying, were unfortunately killed.

The Yinhe incident, the bombing of the museum, and the collision incident in the South China Sea are the three most humiliating and distressing incidents for Chinese people after the reform and opening up. Especially for the latter two, the Chinese people paid the price of their lives.

Forget the past. The students who protested in anger should already be parents; the children born that year have grown up.

But NATO has not been disbanded, the humiliation will never be forgotten, and the alarm bell must be ringing forever.

On March 26 this year, when asked about the NATO air strikes against Yugoslavia, the spokesperson of the Ministry of Foreign Affairs Hua Chunying said something like this:

NATO is also a little bit competitive with China. At the NATO foreign ministers meeting three days ago, they called China a challenge. China wants to remind NATO that NATO still owes blood debts to the Chinese people. NATO should not forget that in 1999, NATO, headed by the United States, severely violated relevant international law and basic norms of international relations and flagrantly bombed Yugoslavia, resulting in the death of a large number of innocent civilians, including three Chinese journalists. The dead are dead, but the living need more vigilance and reflection. " 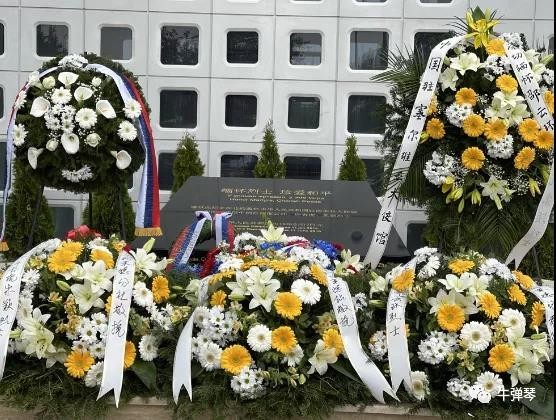 First, we must see the meaning of this public apology.

The NATO countries that launched air strikes at that time finally began to apologize, although only the first. There is no doubt that NATO is embarrassed. Doesn't the current evasion of the West just explain the controversy in the original decision? In Zeman's words, this apology also saved his soul. What about the souls of other NATO countries?

Second, we must see that the international mainstream media has chosen to forget.

For this apology, the Associated Press, Agence France-Presse, Reuters, CNN, BBC, etc. have not seen reports, or there are reports, which are all sorts of understatement and even belittle Zeman's insignificance in the Czech Republic. It seems that nothing happened, what mainstream? But it is the imbalance of the international public opinion pattern. This unfair and unreasonable world.

Third, history is fair, and if you come out, you will have to pay it back sooner or later.

22 years is not a short time, but there is still a longer time to apologize. While Zeman expressed his confession, in Mexico, Mexican President Lopez apologized to China and the Mexican Chinese community for the "Torreón tragedy" against the Chinese 110 years ago . In that tragedy, 303 Chinese were massacred, and a large number of Chinese houses, shops, restaurants, and banks were looted.

History cannot be betrayed, and humiliation will never be forgotten.

For China, the bombing of the embassy 22 years ago triggered the grief and screams of the entire nation, and it stimulated the country to work harder and harder. Twenty-two years have passed, and although there are still various shortcomings, China is no longer the China it was then.

Zeman's apology embarrassed other NATO countries. I also believe that as time goes by, more apologies should be on the way! People will eventually return to the dust, but those souls who are tortured will not be able to rest in peace.