Editor's note:  2021 is the 100th anniversary of the Communist Party of China.  From a small red boat to a giant ship that navigates C...

Editor's note: 2021 is the 100th anniversary of the Communist Party of China. From a small red boat to a giant ship that navigates China's stability and long-term journey, generations of Chinese Communists have gone through vicissitudes of life without changing their original intentions, and have experienced weather and frosts, but their true colors remain the same.

General Secretary Xi Jinping is a Communist Party member with 47 years of party experience. He "spoken with words, but must do it with his body" and set an example for more than 90 million party members by setting an example. CCTV.com's "People's Leader Xi Jinping" column launched a series of special articles "Communist Xi Jinping", let us experience the general secretary's character as a Communist.

As a party member with 47 years of party experience, Xi Jinping has always adhered to the principles of being innocent and doing things cleanly.

Xi Jinping was born in a red revolutionary family. His parents were both old revolutionaries who followed the Communist Party and pursued the truth all their lives. Under the precepts and deeds of his parents, Xi Jinping lived a frugal life.

When working in Zhengding, he used a bungalow as both an office and a dormitory. There is only a three-drawer table, a filing cabinet, a basin stand, a thermos, and an electric light bulb. Two stools and a wooden board are the bed, and the bed is covered with old patched mattresses.

At that time, an official working in the county party committee office said that his wife helped Xi Jinping disassemble and wash the mattress once, and found that it was not a patch at all. The mattress itself was spliced ​​with old clothes. He wanted to buy a piece of fabric for his lover to make a new one, but Xi Jinping refused: "No, this mattress is pretty good."

It's better to show your attitude, and teach by example is worse than by words. Xi Jinping emphasized that the people have given power to us, and we must reassure the people when we use power.

How can we reassure the people? Xi Jinping has his own thinking. In his book "Eliminating Poverty", he put forward: "A very important measure is the establishment of rules and regulations. The establishment of a complete set of systems and comprehensive systems to restrict and supervise the use of power is a fundamental measure to prevent corruption." On July 19, 1989, Xi Jinping, then secretary of the Ningde Prefectural Committee, went to Xiadang Township, Shouning County for investigation.

When he was in charge of Ningde, Xi Jinping paid close attention to the construction of party style and clean government. He often said in educating cadres: "Being a leader can't have both fish and bear's paws. If you want to be an official, don't want to make a fortune. You can't fish in troubled waters here."

At that time, Ningde had a prominent problem: Party members and cadres illegally occupied land to build houses and occupied more houses. In this regard, Xi Jinping made it clear at the work meeting of the Prefectural Committee: "We have no choice but to fight corruption and talk about clean government. Using our powers to occupy public land and build houses for our own families, how can we win the trust of the 2.7 million people in Mindong? Anti-corruption must involve To specific people, if we lose our principles in one person, we will lose trust in the hearts of millions of people!"

At the end of March 1989, under the promotion and auspices of Xi Jinping, Ningde issued 12 regulations on the integrity and self-discipline of leading cadres of the prefectural committees and administrative offices, and issued 5 supplementary regulations in May. By the end of 1990, a total of 1982 public houses had been evacuated in Ningde District, covering an area of ​​88,411 square meters, and a total of 3782 cadres who occupied land and built houses in violation of laws and disciplines had been investigated. 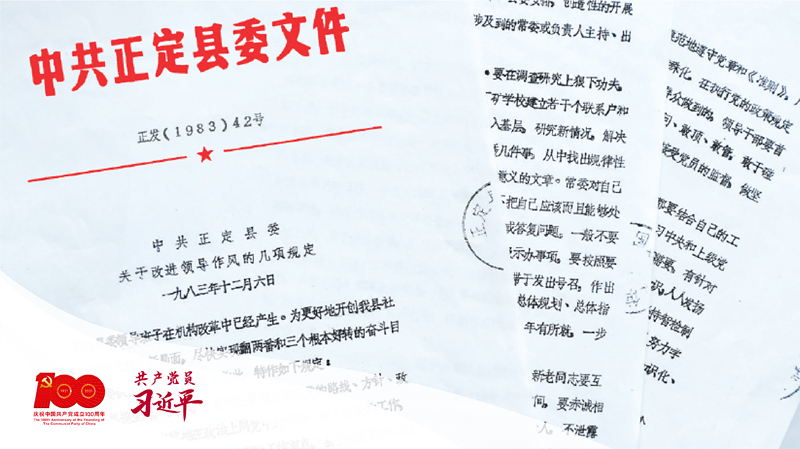 In 2015, the 100-year-old Red Army Wang Chengdeng wrote a letter and prepared two bottles of camellia oil, which he entrusted Ming Jinghua, the mayor of Wuyun Town, Gan County, Jiangxi Province, to submit it to General Secretary Xi Jinping when he went to Beijing to participate in the National Congress of the People’s Republic of China.

The letter was successfully transferred to the general secretary, but the two bottles of tea oil were not sent out. Comrades from the General Office of the CPC Central Committee told Ming Jinghua that the central government has clearly stipulated that no gifts can be accepted. The general secretary also specially warned that participants should not bring him any gifts or souvenirs. The old Red Army accepted it, but the gift could not be accepted.

On March 6, 2015, when General Secretary Xi Jinping participated in the deliberations of the Jiangxi delegation to the Third Session of the Twelfth National People’s Congress, he took out the belief that Wang Chengdeng had written to him. With the support of oil and other poverty alleviation industries, the responsible comrades of relevant ministries and commissions were immediately instructed to carry out investigations.

"I felt regret and self-blame for not fulfilling the great trust of the centenarian Red Army, but I was also excited. Although the gift was not given, I took a good party spirit and party style education class." Ming Jinghua felt it.

Since the 18th National Congress of the Communist Party of China, General Secretary Xi Jinping has taken the lead in strictly implementing the eight regulations of the Central Committee, setting a benchmark for the whole party-staying at county guest houses and eating big pot dishes during the inspection in Fuping, Hebei; overnight activities during the inspection in the earthquake-stricken area of ​​Lushan Board house; I paid myself to buy new year goods for the folks in Liang Jiahe, had a farm meal at the old party secretary’s house and insisted on paying for the meal... The details show the fine style and political qualities of a Communist Party member.

Under the above rate, it has become a common practice. Since the 18th National Congress of the Communist Party of China, the Party Central Committee with Comrade Xi Jinping at its core has strictly implemented the spirit of the eight regulations of the Central Committee, and focused on making breakthroughs in the development of work style, and then successively carried out the party’s mass line education practice activities and the topic of "Three Stricts and Three Realities". Education, "two studies and one doing" learning education, "not forgetting the original heart, keeping in mind the mission" theme education, party history learning education, focus on correcting the party style, severely punishing corruption, focusing on purifying the political ecology within the party, and one of the party style and governance styles new. 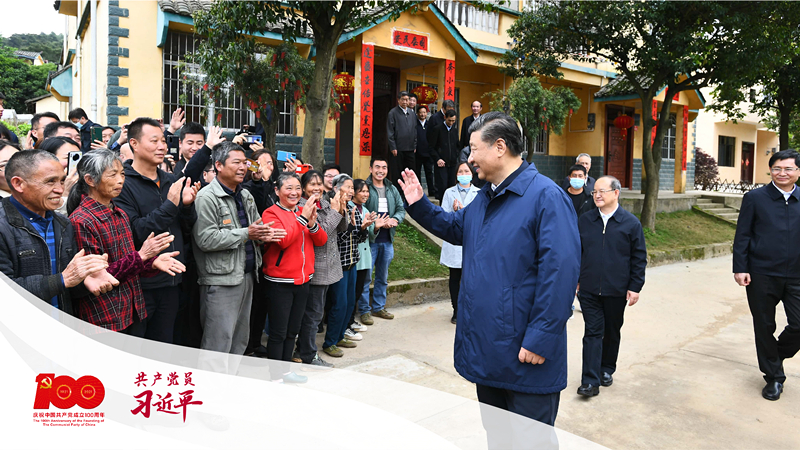 Being innocent and doing things cleanly, Xi Jinping has practiced it by himself for decades.