Russia and China may form an alliance against the United States? Russian Foreign Minister Lavrov responded

[Global Network Report] Russian Satellite News Agency reported on the 24th that when talking about Russia's possible alliance with China in confronting the United States, Russian Foreign Minister Lavrov said that at this stage Moscow and Beijing are satisfied with the current bilateral cooperation. 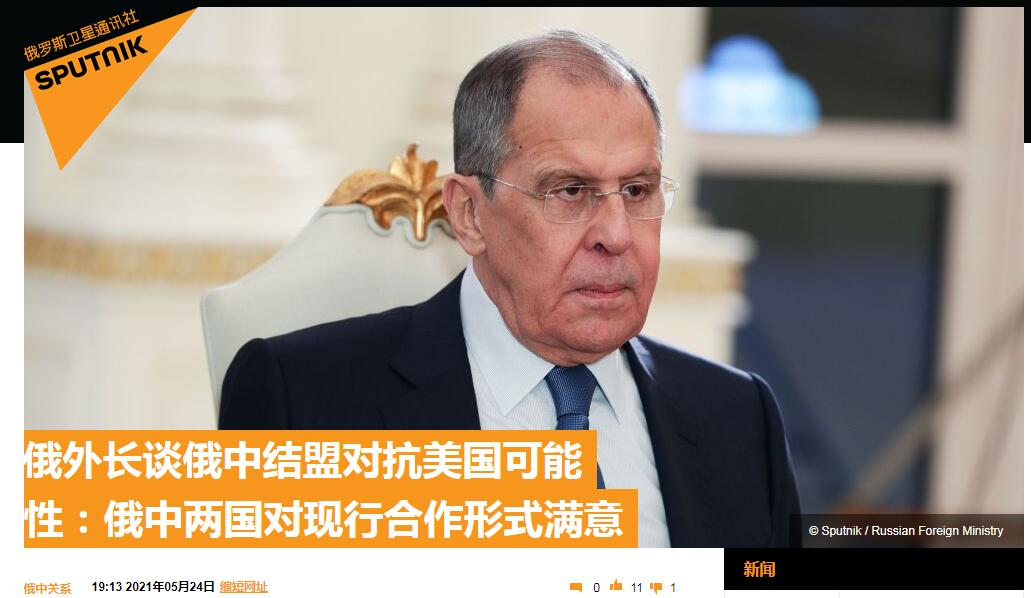 According to the report, Lavrov made the above remarks in an interview with the newspaper "Arguments and Facts". In response to the question of whether Russia and China, which are confronting the United States, can reach a certain alliance on this issue, Lavrov said: "At this stage, we and our partner China are satisfied with the existing forms of cooperation. This can enable ( (Russia and China) resolve any even the most complex issues in bilateral dialogues, which can effectively defend the interests of multilateral alliances and coordinate positions on the international stage."

Lavrov said that Russia-China relations have shown a high degree of momentum for development. Today, the state of relations between the two countries is the best in history. This is largely due to the fact that the existing bilateral relations have surpassed those formed during the Cold War to a certain extent. The level of cooperation between countries within the framework of the alliance.

Lavrov also mentioned that the "Russia-China Treaty of Good-Neighborliness, Friendship and Cooperation" stipulates the basic principles of the bilateral relations between Moscow and Beijing. "The cooperation between Russia and China has a positive and stable impact on the global and regional situation. Of course, the world situation is changing rapidly."

The report mentioned that Lavrov also said that before that, Chinese State Councilor and Foreign Minister Wang Yi emphasized that there is no end to Sino-Russian strategic cooperation, there is no restricted zone, and no upper limit. Lavrov emphasized, "I think we must agree with this evaluation."