--> An adult COVID-19 patient in South Korea was infected with a "strange child disease", the first case in the country | AboutMicro News
'https://svgshare.com/s/YY2' >

An adult COVID-19 patient in South Korea was infected with a "strange child disease", the first case in the country

An adult COVID-19 patient in South Korea was infected with a "strange child disease", the first case in the country 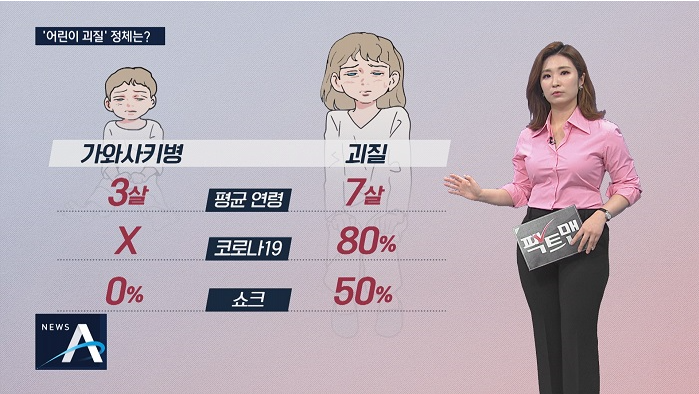 Korean media reported a "strange child disease", saying that its symptoms are similar to Kawasaki disease.

Overseas Network June 23 electricity , according to Yonhap reported that 23 South Korean medical community news that a 38-year-old man infected with a new crown virus March, the end of April was diagnosed with multi-system inflammatory syndrome. The syndrome is called "children's strange disease" and it is mainly affected by children infected with the new coronavirus, and this man is the first reported adult case in South Korea.

Professor Kim Min-jae (transliteration) of the Department of Infectious Medicine at Asan Hospital in Seoul, South Korea recently published a research paper in the academic journal of the Korean Medical Association (JKMS), reporting the above-mentioned cases. The above-mentioned patients received immunoglobulin and steroid treatment and their symptoms improved significantly, and they were discharged around May 10 on the 13th day of hospitalization.

The patient went to the emergency room of Seoul Asan Hospital due to abdominal pain and fever that lasted for 5 days. When he went to see a doctor, his symptoms worsened due to antibiotic treatment. When he arrived at Seoul Asan Hospital, he had reached the point where he could only breathe while lying down. Given that he was diagnosed with the new crown in mid-March, the medical team diagnosed multi-system inflammatory syndrome based on symptoms such as heart failure. It is understood that the symptoms of his new crown infection were mild and no complications were found before his recovery.

It is reported that the main clinical manifestations of the "children's strange disease" are similar to the symptoms of Kawasaki disease, which is prone to infants and young children under 4 years old, and can be fatal in severe cases. The exact cause of infection is unknown. (Overseas Network Liu Qiang)