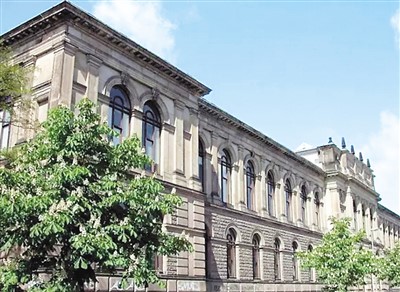 The campus of Clausthal University of Technology.

As an old German who has been in Germany for 5 years, it seems that he has never talked about life in Germany. Perhaps I think that my daily life is nothing more than firewood, rice, oil and salt. There is not much novelty, but in fact, after another thought, our study abroad career was originally composed of many stories that we have become accustomed to. These "journeys" are not only our lives, but also witnesses of our growth.

When it comes to life, it is inseparable from "food, clothing, shelter and transportation". There is a famous saying in the fashion industry: "A designer who has not participated in a fashion week in Berlin will never be famous in his life." Germany is a world-famous steel country for its heavy industry, but in fact, it is also a world-famous fashion destination. There are many well-known designers, such as the "pillar" of the fashion industry and Karl Lagerfeld, known as the "Lafayette". Born in Hamburg, Germany.

But the Germans don't seem to melt fashion trends into their blood. Jackets, outdoor shoes, and hiking bags are frequent visitors on the streets of Germany; young people with colorful Gothic hairstyles, rivets, and smoking cigarettes are still bragging about their shiny black leather clothes. The Germans succeeded The two qualities of practicality and maverick are displayed in every street.

I remember that I used to eat at a restaurant called "South American Bavarian Barbecue Buffet" most in China. The feeling of eating meat and drinking is really refreshing. Embarrassingly, I discovered that Bavaria is the name of a state in Germany. It seems that it has nothing to do with South America, and it has nothing to do with the delicious grilled meats in the store.

Sauerkraut, sausage and pork knuckle are the most popping out of German cuisine. As a resident of Harbin, these three kinds of food can not be said to be available all at once, but it can also be said to eat every three to five. Even so, the German sausages and pork knuckle left a deep impression on me. The crispy pork knuckle and the salty and juicy Bratwurst (German fried sausage) are flavors that I have never tasted in China. But, after all, I come from a great food country, no matter how amazing the elbows and no matter how unforgettable sausages are, the charm of Chinese food is not worth it. Every student who goes abroad to study has finally practiced a good cooking skill, which is no joke. In a German supermarket with a scarce variety of fruits and vegetables, the "student chefs" have made delicious dishes one after another with limited ingredients. Really awesome!

In addition to "rigorous" when it comes to Germany, the most heard word may be "good quality". I remember when I first came to Germany, the teacher who led the team said that our dormitory was very new in the local area and was built in 1994. The house in front of me is really amazing, and the quality is very good. The house for more than 20 years looks like it has just been built inside and outside. When you enter the building, you will find a network interface and a variety of home appliances. Although it was later discovered that the Internet was not fast, and the water heater at home was not as strong as expected, it was always flawed.

This is because the Germans regularly renovate and inspect the house, and of course, it is inseparable from the excellence when it was first built. Of course, it’s not always “slow work and meticulous work”. The road in front of the dormitory has been repaired since I first came to Germany, and it has not been repaired after two years. Sometimes this efficiency is also very frustrating.

Germans like to live in small villages around big cities, houses with small gardens, raise a dog, quiet and leisurely, and enjoy the leisure of life quietly.

Perhaps because Germans live far away from each other, basically every German family owns at least one car, which directly leads to Germans' enthusiasm for self-driving travel. A RV walks wherever you live, plus a full-featured outdoor equipment, you can freely shuttle in the city and the mountains and forests, free and happy. Of course, in addition to visiting mountains and rivers, Germans also like to visit museums and experience the culture and history of each place.

Life is about food, clothing, housing, and transportation, and it's far more than just food, clothing, housing and transportation. Talking about Germany, talking about life in Germany, but also the characteristics and advantages of different cultures. We often refer to ourselves by "studying in Germany", seeing the world, understanding the world, and thinking about the world with the eyes of overseas students. The process of cross-cultural communication is also a process of learning from each other.