More than half a year after the iPhone 12 series went on the market, many people are looking forward to what surprises the legendary iPhone ...

More than half a year after the iPhone 12 series went on the market, many people are looking forward to what surprises the legendary iPhone 13 series (also known as iPhone 12s) will bring. Dutch technology blog LetsGoDigital pointed out: It is rumored that Apple will launch four new models with better screen quality, smaller bangs, integrated under-screen Touch ID fingerprint sensor, and updated camera components this fall. 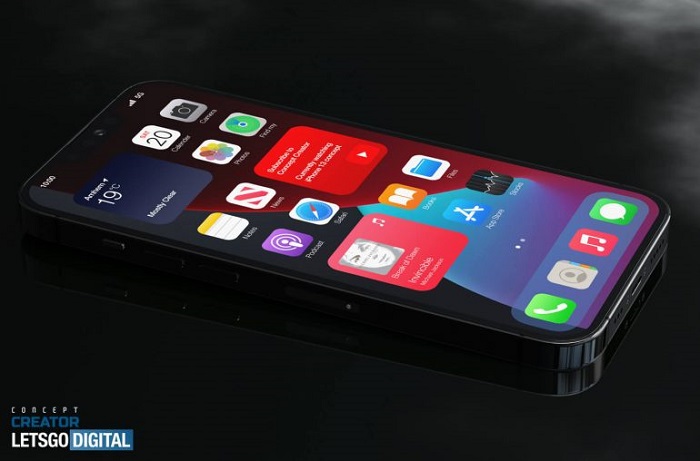 However, if Apple chooses the iPhone 12s naming strategy, it means that the iPhone product line in 2021 will change little from last year.

One theory is that iPhone 13 Pro / Pro Max models will be differentiated in terms of screen size and battery capacity, but other specifications (such as camera components) will remain balanced.

In recent months, many details about the new 2021 iPhone smartphone have been circulating on the Internet. Based on this, LetsGoDigital also worked with Dutch designer Jermaine Smit (also known as Concept Creator) to produce a series of 3D renderings and videos of the expected iPhone 13 Pro models.

It is expected that the iPhone 13 Pro will be improved in many aspects. In addition to better camera components, the machine is also expected to be equipped with a better screen, smaller notch notches, and the Touch ID fingerprint sensor will also be placed under the screen for the first time. In addition, the chipset and system software will be updated simultaneously.

In terms of appearance, the design style of iPhone 13 Pro will be consistent with last year's iPhone 12 series. For example, the 6.1-inch screen is still suitable for one-handed operation, supplemented by the "accessibility" experience improvement first introduced in the iPhone 12. 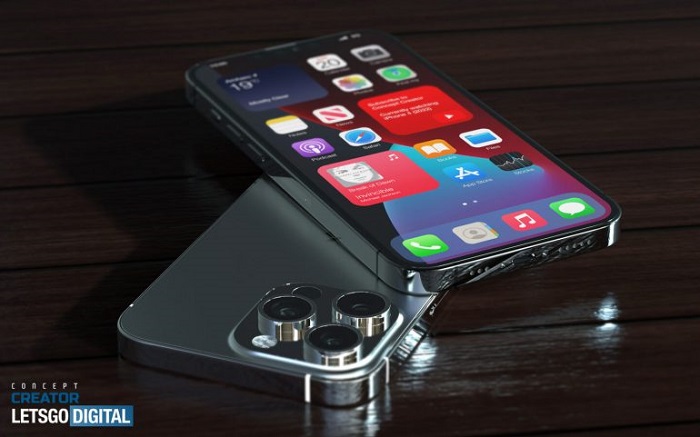 Many people expect that the iPhone 13 Pro series will be the first to be equipped with a ProMotion screen that supports a high 120Hz refresh rate and is more energy-efficient.

The company has used the iPad Pro product line for a while, and Android flagship smartphones such as Samsung Galaxy S21 Ultra have also used adaptive 120Hz LTPO displays.

It is expected that Apple will also provide the "always on display" function for the new Pro product line, which is also a feature that the Android camp has had for many years.

Even when the screen is off, the screen can still actively display information such as time, power, and notifications. Although the power consumption is not very large, Apple obviously has to make greater efforts in battery life (such as the simplest increase in battery capacity). 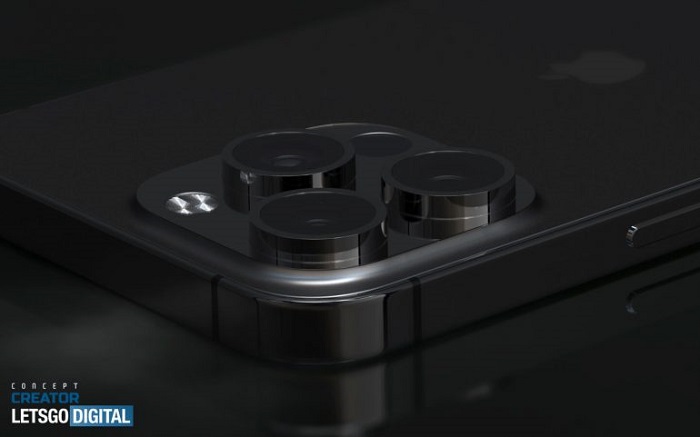 The return of the Touch ID fingerprint sensor really makes many iPhone users who are not used to Face ID face/Passcode digital PIN unlocking look forward to it.

However, the new solution integrated under the screen is likely to be based on ultrasound rather than optical sensors. A major advantage of the ultrasonic fingerprint recognition solution is that it is more tolerant of wet hands or dirt.

At the same time, Face ID will continue to exist, allowing users to freely choose their preferred unlocking scheme. Or enable face + fingerprint recognition at the same time for better security. 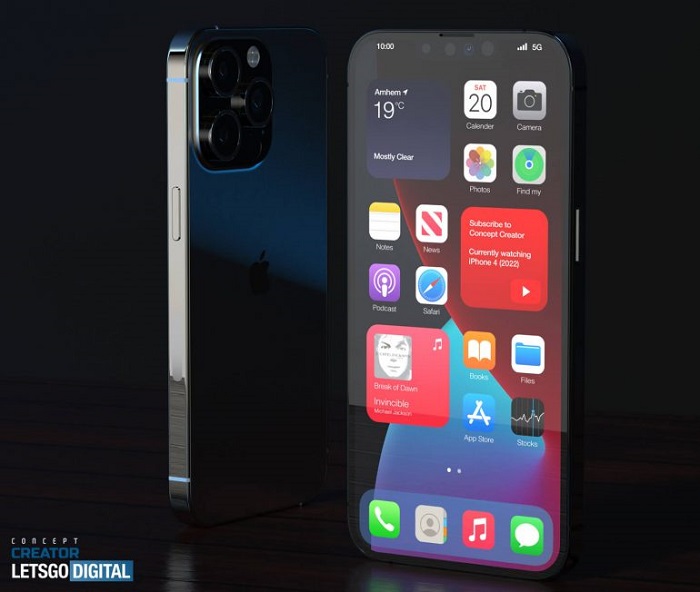 Since the launch of iPhone X in 2017, bangs have been a slot for many people. Even though the Android camp has long turned to the mainstream water drop or perforated screen solution, Apple still insists on leaving a black notch on the top of the screen.

Although the 2021 iPhone cannot completely disappear the notch, its size may be slightly reduced. The updated Face ID will be based on this, and even combine an infrared camera/dot projector into one.

In addition, Apple is expected to introduce necessary improvements to the camera module. Based on last year's rear three-camera, it integrates LiDAR sensors to achieve more accurate 3D depth measurement.

In addition, the lens will be equipped with autofocus/Sensor-Shift sensor displacement anti-shake function, which can achieve clearer shooting, but this will also make the camera module thicker than last year.

As for the telephoto lens, Apple has adopted it on the iPhone 12 Pro Max model last year. But in general, in addition to the screen size, the difference between the two new Pro models will also become smaller. 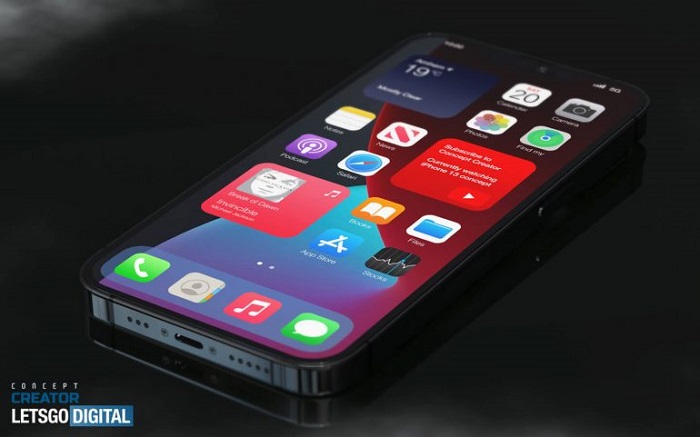 Of course, iPhone 13 will also be equipped with the latest and most powerful chipset to date. It is expected that the A15 Bionic processor will use TSMC's 5nm process, which has a slight performance improvement over the A14 Bionic.

Looking forward to next year, TSMC is expected to usher in the first launch of the 3nm process and apply it to the manufacture of the A16 Bionic chip for the iPhone 14 series of smartphones.

There are reports that Apple will also integrate a new 5G modem in the iPhone 13 Pro, which is characterized by support for sub-6GHz and ultra-fast millimeter wave frequency bands.

At the same time, the introduction of Wi-Fi 6E wireless network standard, as well as additional 6GHz frequency band support, in order to achieve a more stable network connection and lower latency experience.

In terms of software, the 2021 iPhone will be pre-installed with the latest iOS 15 mobile operating system. At present, developers can preempt the early test version. Various feature updates and experience improvements have been discussed in detail during the WWDC 2021 Developer Conference. 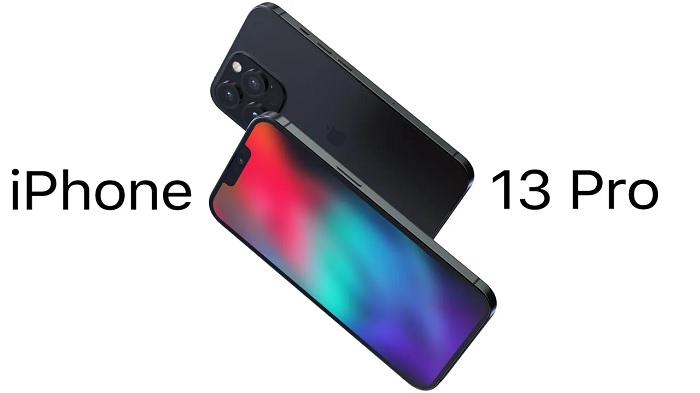 Finally, Apple intends to slightly increase the battery capacity, and it is said that the iPhone 13 Pro model will be upgraded to 3095 mAh (or a compromise for 120Hz high screen refresh). For comparison, the iPhone 12 Pro model is only 3046 mAh.

In terms of color matching, EverythingApplePro expects that Apple will provide white, off-white, orange/bronze, dark blue, and dark gray species options. The expected release time is still the traditional September (although last year was postponed to October due to the COVID-19 pandemic. ).

In terms of price, although the iPhone 13 series will be roughly the same as last year, the entry-level storage configuration may be a combination of 6GB RAM + 128GB ROM (refer to the price of last year's iPhone 12 Pro models).

It should be pointed out that since last year, Apple began to cancel the included EarPods wired headsets and Lighting power adapters in most market areas in the name of environmental protection.