Under the pressure of supervision, the savage growth of online education companies are forced to turn, give up high marketing investment, shrink part of the business scale, and try to find more ways to acquire customers.

The latest news is that Gaotu has been exposed to plans to lay off 20% of its staff and abandon its early childhood education and enlightenment project "Early Enlightenment". It has only been half a year since the project was approved. Gaotu responded externally that the suspension of the early education program was affected by the upcoming "Minor Protection Law".

Before the news of the layoffs came to light, Gaotu had just released its 2021 Q1 financial report, and all the data were not satisfactory. The year-on-year growth rate of revenue fell to the lowest since its listing, the number of regular-priced tuition fees fell to the pre-epidemic level, and the net loss hit a quarterly high, even exceeding the full-year loss in 2020. After the financial report was released, Gaotu's stock price fell in response. 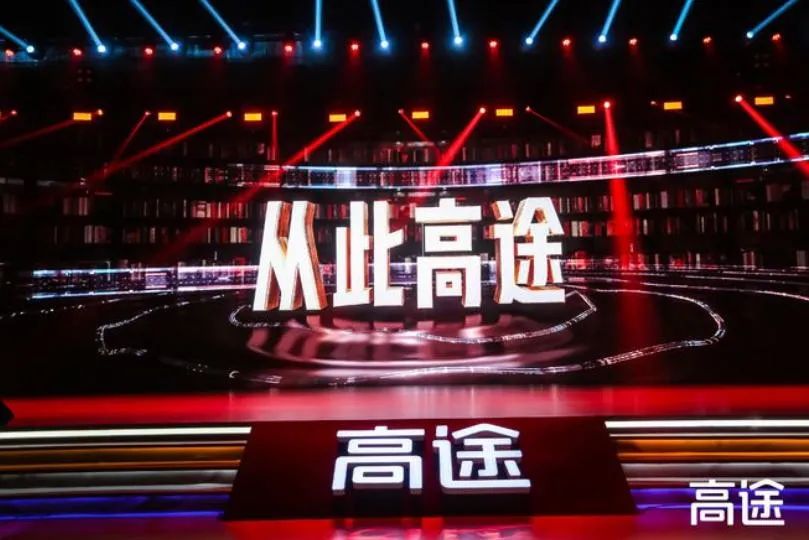 Several other leading companies in the industry also reported layoffs. Some reports said that Job Gang, Netease Youdao, and ByteDance education businesses all have layoff plans. A large number of online education company employees on social platforms anonymously spoke about the company's layoffs.

In just one year, the online education industry quickly turned from frenzy to panic. After the disorderly expansion, online education companies had to look back and began to pay for the previous craziness.

Panic may be the strongest emotion felt by online education practitioners today. Since the beginning of the year, the education authorities have successively issued guidance documents that directly point to the irregularities and chaos of online education and strengthen industry supervision.

On the 21st of this month, the 19th meeting of the Central Committee for Comprehensively Deepening Reforms was convened and passed the "Opinions on Further Reducing the Burden of Compulsory Education Students’ Homework and Off-campus Training" (referred to as "double reduction"), emphasizing the need to comprehensively regulate the management of off-campus Training institutions are strictly prohibited from arbitrary capitalized operation of education and training institutions.

Subsequently, Beijing, Shanghai, Shanxi and other places successively issued documents that set standards for the fees and advertising of off-campus training institutions.

The implementation of the "double reduction" policy has exacerbated the panic in the online education industry, and the gossip in the market continues. 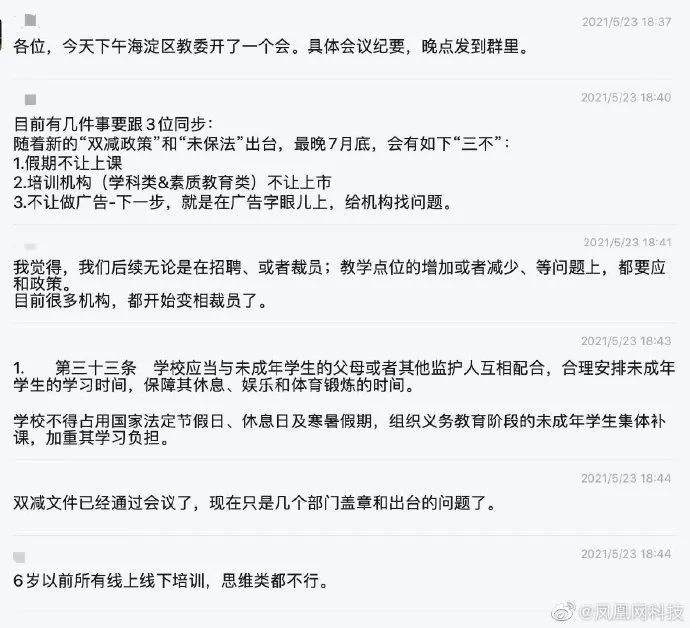 The news caused a collective decline in US education stocks that day. Gaotu fell 12.05% on the day, and New Oriental and Good Future fell 18.29% and 17.14% respectively.

The Board of Education of Haidian District in Beijing dismissed the rumors the next day, saying that the online news was untrue, but still stated to the public that it would continue to regulate and manage off-campus training institutions and insist on strict governance.

Last year, there was no round of financing for Job Help and Yuandao, which set an industry financing record. Prior to this, Job Gang was exposed to plans to go public in the United States. The company newly hired Huanju Times' former CFO Jin Bing to be responsible for the company's financial work. But then, Job Gang stated that the company has no clear listing plan and no timetable for the IPO.

Under the dual pressure of setbacks in financing channels and stricter supervision, online education companies have begun to lay off intensively. In addition to Gaotu, there have also been news of layoffs from star companies such as New Oriental Online and VIPKID.

In February of this year, it was just announced the completion of chalk education of 390 million US dollars. Also this month, there was news of large-scale layoffs. Related topics were once posted on Weibo hot searches. A large number of chalk education employees reported on social platforms that they were fired by the company for no reason. New employees who have just joined the company for a few months. When the financing news was announced, Zhang Xiaolong, CEO of Chalk Education at that time, stated that he would expand the scale of teacher recruitment and training.

In the Q3 quarter of last year, Gaotu, the only company in the industry that achieved 9 quarters of large-scale profitability, made a loss for the first time. Since then, the loss has continued to expand until the loss in the Q1 quarter of this year exceeded the loss for the entire year of last year.

Another proof that high investment cannot continue to be implemented is that Gaotu’s marketing investment remained at a high level of more than 2 billion yuan in the current quarter, but the number of regular-priced tuition fees dropped from 2.139 million in Q4 of 2020 to 767,000, a month-on-month decrease. Over 64%, revenue growth has also fallen to the lowest since its listing.

Gaotu founder and chairman Chen Xiangdong explained in a conference call after the release of the financial report that due to fierce market competition, the cost of acquiring customers from the information flow during the quarter increased several times compared with the same period last year, resulting in a decline in the company's cash income in the first quarter. 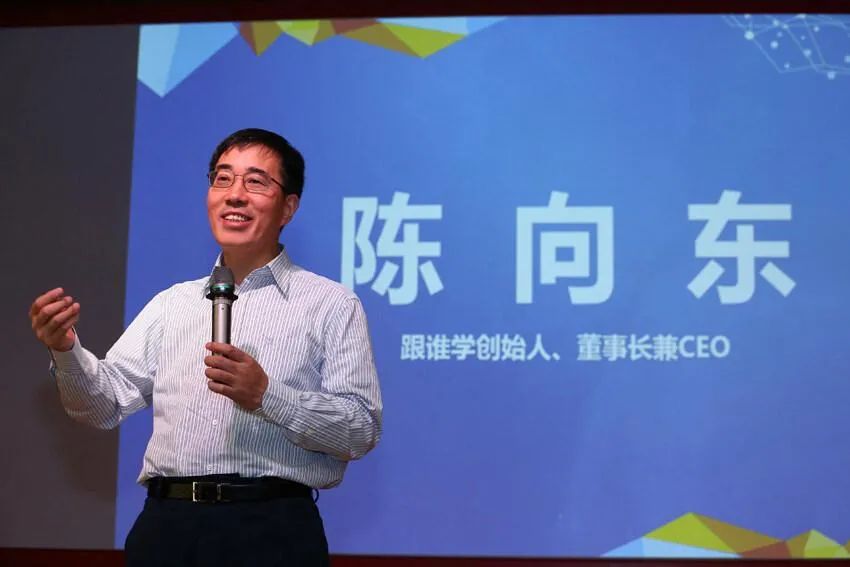 Among them, Gaotu announced in April that it would explore the "local online school" track, saying that it would realize "localized products", "localized enrollment", "localized teaching" and "localized services". The courses will start from middle and high school courses. , Implemented in Jiangsu, Zhejiang, Guangdong, Shandong, Henan and other places.

At a press conference on May 27, Netease Youdao announced the launch of localized online courses for junior high schools, saying that in addition to Hong Kong, Macau and Taiwan, it has launched corresponding localized courses in 31 provinces and cities across the country. Su Peng, vice president of NetEase Youdao, also said before that Youdao had tried to acquire customers through offline stores a few months ago and had already opened offline experience stores in some second- and third-tier cities.

There is also news that Homework Assistant and Yuan Guidance are forming an offline push team.

Gaotu also tried to make adult education one of the company's next strengths, and shouted the slogan of being the industry's first in three years. In the past few years, the increase in the number of public examinations and postgraduate entrance examinations has fostered a huge adult education market. The "2021 National Postgraduate Admissions Survey Report" recently released by China Education Online shows that the number of postgraduate applicants in 2021 will reach 3.77 million, compared with 2020. An increase of 360,000, nearly ten times that of the beginning of the century.

However, in the past year, Gaotu's adult education sector contributed only 12% of total revenue, which is a significant gap with K12 business.

Some online education companies have also set their sights on hardware products, trying to acquire customers through hardware conversion. The market including NetEase Youdao, Byte's Vigorous Education and Job Gang have all launched hardware products.

However, the current C-end users do not have a high degree of recognition of educational hardware products. Except for the dictionary pens launched by NetEase in the early days, few have launched fist-shaped products.

"I believe that the personalized needs of students and parents for high-quality education will always exist. The convenience of online education and the inclusiveness of prices can better guarantee the fairness of education." May 26, Founder of Gaotu Chen Xiangdong said that he is still optimistic about the future of online education.

On May 19, less than a week after Job Gang and Yuanjiao were punished by the regulatory authorities, the head of K12 online education company Education submitted a prospectus to the US stock market. This education company, founded in 2005, didn't get rapid development until 2014 when it switched to online one-on-one training.