--> Sorry! A well-known company lost 26 billion in four years, and the headquarters building was auctioned off without anyone taking over! The actual controller had a net worth of 48 billion | AboutMicro News
'https://svgshare.com/s/YY2' >

Sorry! A well-known company lost 26 billion in four years, and the headquarters building was auctioned off without anyone taking over! The actual controller had a net worth of 48 billion

Sorry! A well-known company lost 26 billion in four years, and the headquarters building was auctioned off without anyone taking over! The actual cont

Seeing him rising from a tall building, seeing him banqueting guests, seeing his building collapse.

Unexpectedly, after the delisting of Xinwei Group, which had a market value of 200 billion yuan, the headquarters building could not be kept.

According to Ali Auctions, the subject of the auction is the 16,239-square-meter real estate and land use rights in Building 7, No. 8, Dongbei Wangxi Road, Haidian District, Beijing. The project name is Xinwei Building, with an estimated price of 550 million yuan and a starting price of 385 million yuan.

Every editor (WeChat ID: nbdnews) noticed that the address of the auction target mentioned above is consistent with the contact address published on the official website of Xinwei Group. 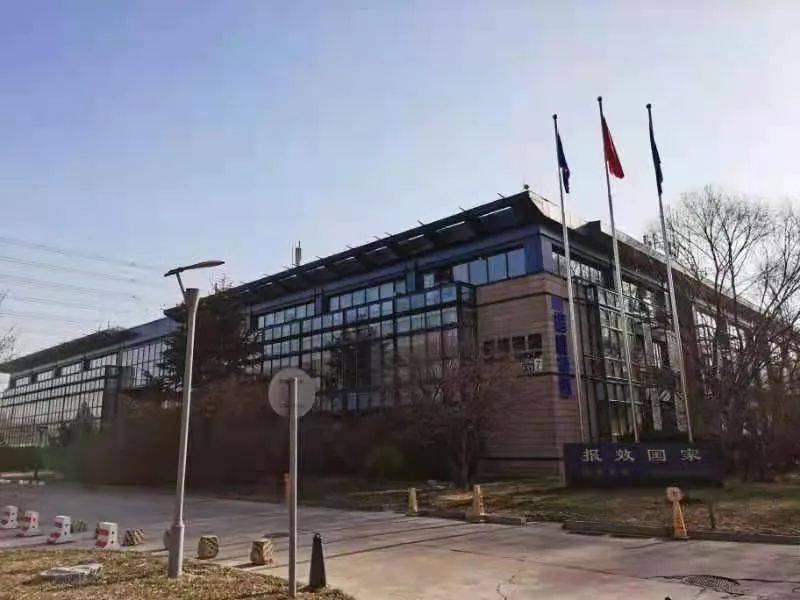 The auction announcement by the Intermediate People’s Court of Nanchang City, Jiangxi Province showed that the applicant for the execution of AVIC Trust Co., Ltd. and the executor Wang Jing, Beijing Xinwei Technology Group Co., Ltd., Beijing Chengjun Oriental Technology Co., Ltd. The judgment took effect as early as July last year, but the person being enforced failed to fulfill his obligations, so the court auctioned the real estate and land use rights.

However, although this auction attracted 8,303 onlookers, no one signed up and the auction ended in a pass.

Loss of 26 billion in four years

After the A shares were delisted and the headquarters building was auctioned off, Xinwei Group has to start in 2016 until today.

On December 23, 2016, NetEase Finance published the article "Xinwei Group Shocking Bureau: Hidden Huge Debts, Mysterious People Cashed Out". According to the article, NetEase's visit found that the Cambodian business that made Xinwei famous has contributed 3 billion yuan in revenue from 2011 to 2015, accounting for more than 80% of Xinwei's revenue. But locally, the operator is on the verge of bankruptcy, and no one uses mobile phones and telecommunications services.

This caused the company's stock price to drop by the limit that day, and Xinwei Group received an inquiry letter from the Shanghai Stock Exchange. Regarding this report, Xinwei Group once stated that “the description of the report is seriously inconsistent with the actual situation of the company”, and then the company’s stocks and bonds were urgently suspended, and the suspension lasted for two and a half years.

What needs attention is that from 2017 to 2020, *ST Xinwei lost 1.754 billion yuan, 2.898 billion yuan, 18.436 billion yuan, and 3.384 billion yuan respectively. In the first quarter of 2021, it continued to lose 346 million yuan. The company's accumulated losses in recent years have exceeded 26.8 billion yuan, which is more than six times the final market value of 4.064 billion yuan before its termination of A-share listing.

According to this, the audited net profit of Xinwei Group has been negative for four consecutive years, and the financial report has been issued with an inconclusive audit report for three consecutive years. On May 25, 2021, the company received the Shanghai Stock Exchange's self-regulatory decision "Decision on the termination of listing of Beijing Xinwei Technology Group Co., Ltd.".

On June 1, Xinwei Group, whose market value was close to 200 billion yuan, officially bid farewell to the A-share market.

Speaking of Xinwei Group, we have to mention its actual controller and chairman Wang Jing.

In addition to Xinwei Group, Wang Jing also controls Hong Kong Nicaragua Canal Development Investment Co., Ltd. (hereinafter referred to as "HKND Group"). In June 2013, the National Assembly of Nicaragua passed a bill allowing the HKND Group to build a canal connecting the Pacific and Atlantic in the country. The total length of the canal is three times the Panama Canal. On July 7, 2014, the route planning of the Nicaragua Canal project was finalized. The project is scheduled to start at the end of 2014, complete in 2019, and put into use in 2020. Public information shows that the total investment in this canal is US$50 billion.

Beginning in 2010, Wang Jing and Tsinghua University jointly initiated the "Tsinghua-Xinwei Aerospace Information Network Joint Center" and served as the chairman of the management committee, cooperating in the development of smart communication satellites, and successfully launched the "Chinese Private Enterprise" on September 4, 2014. The first star".

In August 2016, Xinwei Group announced that it would, together with a number of companies, acquire 100% of the shares of Israeli communications satellite operator Space-Communication Ltd. for US$285 million and privatize this listed company.

After the explosion, Xinwei Group announced many times that all parties should cooperate in good faith to assess the impact of the total loss of the Amos-6 satellite due to the launch vehicle explosion and the possibility of adjusting the agreement. But in the 2017 and 2018 financial reports, the name of this Israeli company never appeared again.

Regarding Wang Jing himself, in media reports, he emphasized that he is an "ordinary person", "Father is an ordinary worker, lingering sick for 11 years, died in 2010, his mother has retired, in addition to a daughter." For his life before 2010, he summed it up as "studying financial investment in Hong Kong and opening a gold mine in Cambodia". 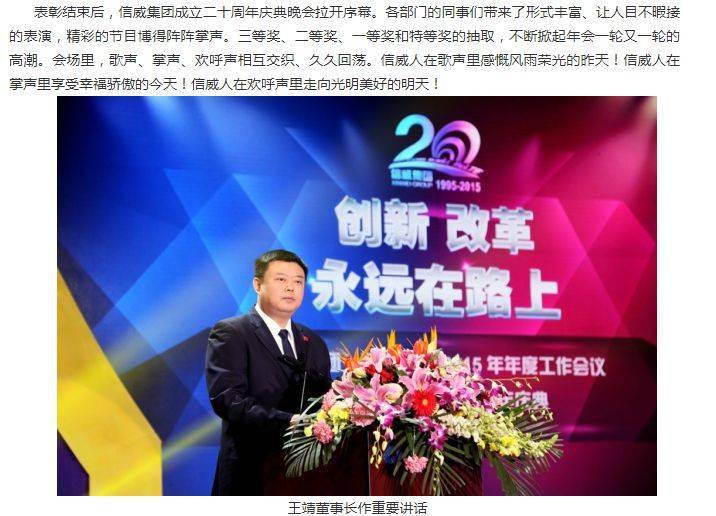 Public information shows that Wang Jing was born in Beijing in December 1972 and studied Chinese medicine at Jiangxi University of Traditional Chinese Medicine.

In June 2015, Xinwei Group's share price reached an all-time high. Wang Jing's personal wealth has reached 48 billion yuan on the Hurun Report, but his wealth has shrunk year after year.