Looking at the skyrocketing prices from American shopping bills

Looking at the skyrocketing prices from American shopping bills

Pan Qiuchen, our special correspondent in the United States

American families generally go to the supermarket once a week to buy a large amount of daily necessities such as meat, eggs, milk, bread, vegetables, etc., which they need for the next week. However, after I went to the supermarket recently, I found out after the settlement that the food that used to buy 200 dollars was enough, now it costs more than 300 dollars. I looked closely at the bill and discovered that almost everything has been quietly increased in price.

The author lists my own shopping bills here: beef is $7.99 a pound, which used to be $5.99 a pound; avocados are $1.29 a pound. I always remember that avocados only sell for less than $1; fruits generally increase in price, and there used to be $0.99 a pound. You can’t see the red snake fruit anymore. The cheapest apple costs 1.49 US dollars. Watermelon used to be discounted for 4.99 US dollars. Now it is also sold for 6.99 US dollars. The usual seafood, salmon is 8.99 US dollars a pound, which is higher than before At least 2 dollars more expensive, sea shrimp also rose by more than 1 dollar. The author's overall feeling is that the increase in seafood is relatively small, and the biggest increase is in the daily consumption of fruits, vegetables, meat, etc. Although the increase in each category is not much, but the food, clothing, shelter and transportation, everything in sight is rising, which makes many people overwhelmed.

The epidemic in the United States has improved, and many families plan to travel. The Franz and his wife in the author's community have three children and are preparing to take their children to Florida this weekend on the "National Death Day" holiday. "You can never imagine that the price of a car rental has risen to $600 a day, which is almost the same as a plane ticket. If it were not for our family to go out and play together, our husband and wife would give up this trip. I can't imagine the cost of traveling now. So high," Mrs. Franz told the author.

According to the Consumer Price Index data released by the US Bureau of Labor Statistics for March this year, the ten household products and foods whose prices have risen by more than 9% since March 2020 are ranked first in the rental prices of cars and trucks, which rose by 31.2. %. The second place was the price of laundry equipment, which rose 24.2%. The third is gasoline, which rose 22.5%.

Due to a hacking attack, Colonial, the largest oil pipeline operator in the United States, closed for a few days and resumed oil supply across the board on May 13. But the American people who have just experienced the "gasoline shortage" have not ushered in a price adjustment. Former colleague Eric complained to the author that the current oil price has risen ridiculously, "From last week to now, Colonier said that it will take some time to resume the operation of the oil pipeline. I think this time has been used to increase prices. , There are 3.69 US dollars a gallon of gasoline everywhere, and last week it was 2.99 US dollars. There are no signs of recovery. This is the fair price increase through the pipeline incident!"

Of all the increases, housing prices have risen the most rapidly. "The real estate market in the United States is crazy. I have encountered this phenomenon for the first time in more than 30 years." My friend Lisa complained to the author after meeting her. Her eldest child would go to high school next year and wanted to choose a good school district to move. At the beginning, the house was inspected, but as soon as a house was launched on the market, there were at least six or seven competitions. Not only did the price rise ridiculously, but it also couldn't get it. The house she originally fancyed in the Ellicott City School District, Maryland, was sold at a price of $790,000, but it turned out to be 170,000 higher than the listed price.

The US "Business Insider" website quoted Segal, a well-known economics professor at the Wharton School of the University of Pennsylvania: "The inflation rate in the United States will exceed 20% in the next two or three years, which is equivalent to the hyperinflation of the United States in the 1970s. Scenario." The reason given by experts is that in order to avoid the long and painful recession caused by the new crown epidemic, after U.S. President Biden took office, he launched two consecutive trillion-dollar economic stimulus plans until March 2021. The cumulative scale of fiscal stimulus has reached $5 trillion. According to the "New York Times" report, the US government also plans to release nearly $4 trillion in water in the near future.

The US "Capitol Hill" stated that in the past year, the US broad money supply (M2) has grown at an alarming rate. In order to support the economy and avoid the second Great Depression, the Federal Reserve has released trillions of dollars in currency in the past three months. The resulting expansion of the money supply is the largest since the Great Depression.

After the US experienced money printing and money spreading, the prices of basic people's livelihoods ranging from milk to bread, from gasoline to electricity, etc. rose, but wages did not rise. As ordinary Americans, they have to care about inflation because it directly affects the value of the US dollar. The more prices rise, the less valuable the US dollars in the hands of ordinary people. According to CNN, the prices of everything from used cars and wood to steel and food have risen sharply. Inflation is particularly costly for low-income families, who are most likely to be severely hit by the epidemic. Former U.S. Treasury Secretary Summers urged the Biden administration to stop stimulus policies, otherwise it will lead to the risk of severe inflation. Biden's stimulus plan to curb the economic slowdown may also hit the United States with a level of inflation that has not been seen for many years. ▲ 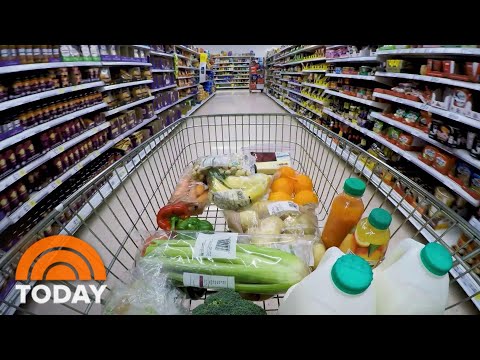