--> The guy was stabbed by a marine fish, and two-thirds of his left arm was amputated to save his life! Beware of this ocean "killer"! | AboutMicro News
'https://svgshare.com/s/YY2' >

The guy was stabbed by a marine fish, and two-thirds of his left arm was amputated to save his life! Beware of this ocean "killer"!

Some time ago, Lingui District, Guilin City, Guangxi When a chef in his 20s was handling a sea fish, The little finger of the left hand wa...

When a chef in his 20s was handling a sea fish,

The little finger of the left hand was accidentally punctured by 2 mm.

He thought it was the same as usual,

Rinse the wound with clean water and it will be fine.

As a result, because of this small injury,

Two-thirds of his left arm was amputated to save his life.

On the evening of May 18, the little finger of Mr. Su's punctured left hand gradually turned purple and black, his palm swelled and the pain was unbearable.

In just 8 hours, Mr. Su suffered from septic shock and extensive soft tissue necrosis in the middle and distal part of his left forearm . In desperation, the doctor could only perform amputation to save his life.

The culprit of this incident is the marine Vibrio vulnificus carried by marine fish . If the wounded surface of the human body comes into contact with these bacteria, the tissues of the wounded part will ulcerate and necrosis in mild cases, and in severe cases, it will cause multiple organ failure and death of the human body. 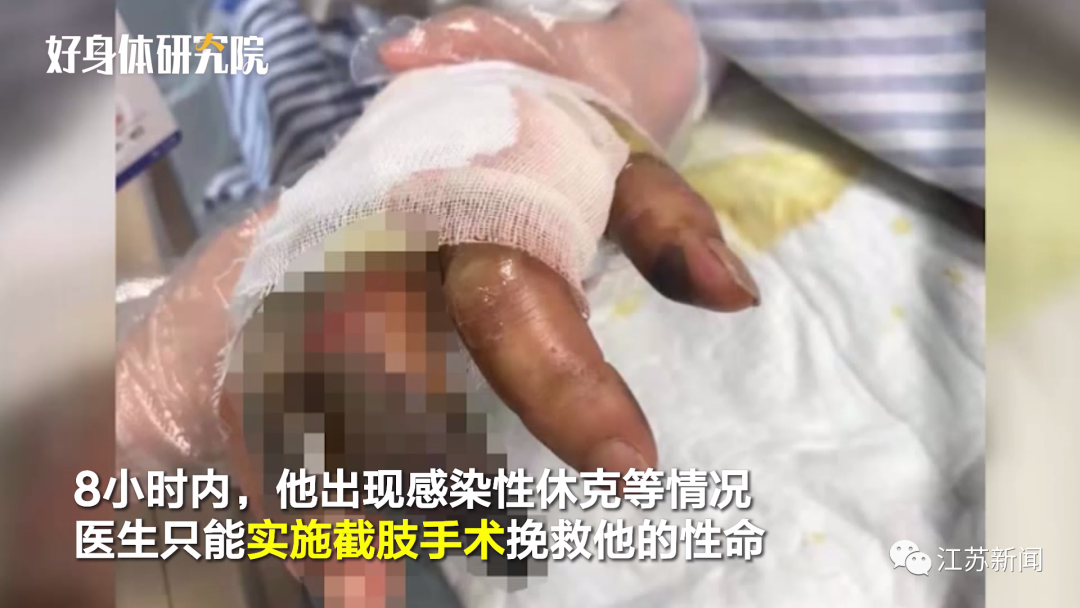 The reporter learned from the Department of Critical Care Medicine, People's Hospital of Guangxi Zhuang Autonomous Region, that the inpatient department also admitted a patient who was also amputated due to marine Vibrio vulnificus. The patient was an employee in a fresh food section of a supermarket in Baise, Guangxi. On May 9, when she was handling a yellow bone fish, her right hand was stabbed at the tiger's mouth. After only three days, her right hand developed redness, swelling and pain, and her fingers turned black . On May 12, he came to the Intensive Care Medicine Department of the District Hospital for treatment, but his condition continued to aggravate and his vital signs were unstable. In the end , he could only save his life by amputation .

The incident of being stabbed by seafood may be commonplace for chefs and seafood sellers. Ms. Wang, the owner of the Nanning seafood stall, said that when handling fresh food, rubber gloves are usually worn on her hands , and every time she encounters a stabbed injury, she will deal with it in time.

Everyone also has a well-recognized good method. Ms. Wang said: "Sometimes if it is cut too deep, even the gloves are put in and the meat is cut. The main purpose is to prevent the blood infected with the bacteria from returning to the blood vessels, and immediately remove the blood. Just squeeze it out ." 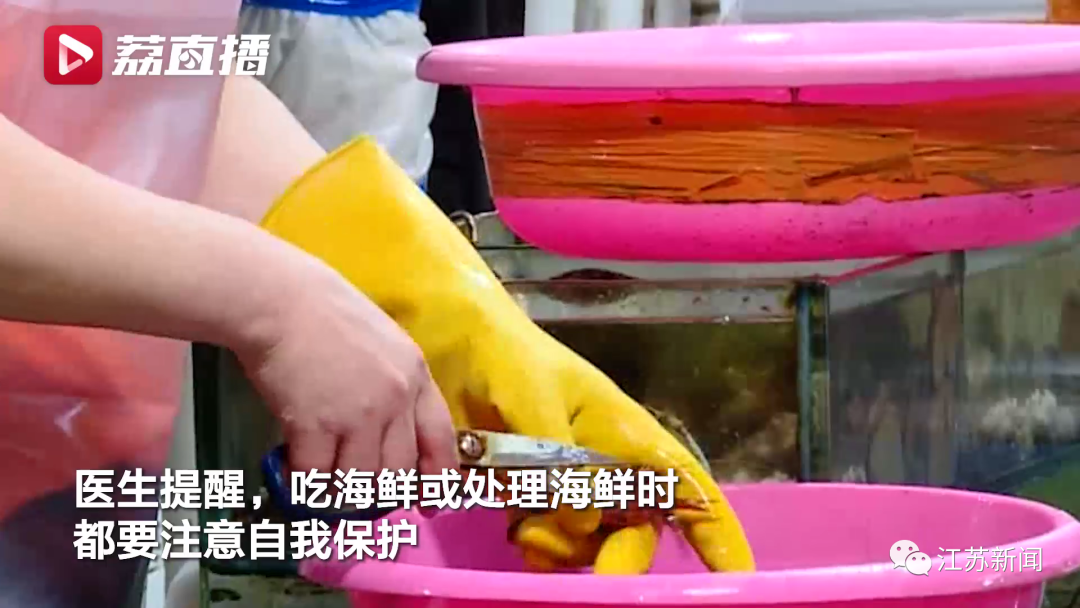 Dr. Xiang Shulin said that cases like this are still rare in Guangxi, but whether it is eating seafood or making seafood, these two small details must be paid attention to.

"First of all, it is not recommended to eat raw seafood. When cooking seafood, try to reach a certain temperature or cook it . When handling seafood, we must protect ourselves, such as wearing gloves ; if injured, the wound should be treated in time , such as flushing with water. Clean it, then disinfect it appropriately or go to the hospital to bandage and debride it."