--> The real shots of the 04A infantry fighting vehicle gun-launched missiles in the Eastern Theater are exposed | AboutMicro News
'https://svgshare.com/s/YY2' >

Dongfang.com·Exercise Field reported on May 18: According to the official WeChat "People's Front" news of the Army of the Ea...

Dongfang.com·Exercise Field reported on May 18: According to the official WeChat "People's Front" news of the Army of the Eastern Theater Command, a composite brigade of the 72nd Army has been camping in the Three Realms of Eastern Anhui for several days to organize actual combat training of armored vehicles. The exercise is in progress. The 04A tracked infantry fighting vehicle (04A infantry fighting vehicle for short) has carried out many kinds of live ammunition shooting and other subjects. It also exposed that the 04A infantry fighting vehicle actually fired domestic artillery missiles, and the scene was shocking and bursting. 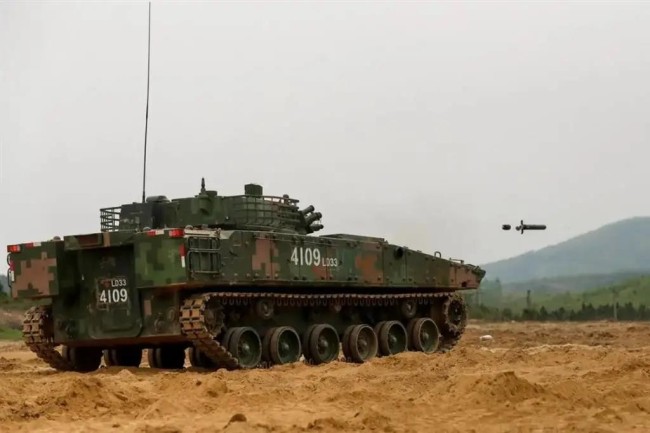 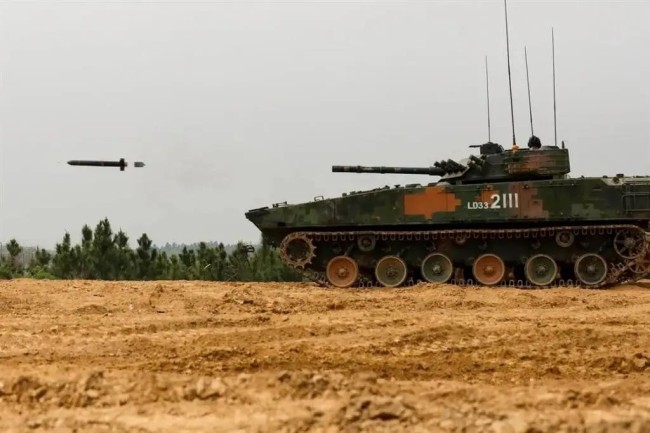 According to the "People's Frontline" report, unlike the past, the fire control system of the armored vehicle fired not ordinary artillery shells, but missiles with a length of more than one meter. The brigade leader said that the difficulty and complexity of this type of ammunition training far exceeds that of ordinary live ammunition. The report pointed out that the target of the artillery-launched missile was several kilometers away. During the live-fire drill that day, the artillery-launched missile "fired a hit," and the training results were highly praised by the on-site technical experts. The report also pointed out that in the past few years, with the comprehensive and continuous intensification of actual combat training, the brigade has mastered a variety of combat methods of this type of armor, and has become proficient in a variety of live ammunition methods. Data map: The domestically produced 04A infantry fighting vehicle that debuted at the military parade for the first time. Source: People's Daily Online

The 04A infantry fighting vehicle is equipped with a 100mm semi-automatic rifled gun, a 30mm automatic gun and a 7.62mm machine gun. The artillery-launched missiles fired by the rifled gun have strong anti-tank capabilities, can deal with the second-generation main battle tanks, and have a good attack effect on some early models of the third-generation main battle tanks. Coupled with a fire control system with an automatic tracking module, it has the "hunting-annihilation" capability that only the previous three generations of main battle tanks have. The functions of laser guidance, automatic tracking and intelligent information management can realize all-weather, all-day long-distance observation and combat of the tank, so that the gunner has the ability to launch projectiles and artillery-launched missiles while on the move. In addition, the 04A infantry fighting vehicle also integrates computer control, digital transmission, data bus and other technologies, and is equipped with my country's independent "Beidou" satellite navigation and inertial device combination navigation system, so that the domestic combat vehicle truly realizes integrated electronic information. system. For the first time, the battlefield identification friend or foe system was installed on this vehicle, which is a big leap for our army's armored infantry fighting vehicle.

Let's talk about artillery-launched missiles. This is a missile launched by artillery, which can be regarded as a cross-border weapon. It breaks the boundaries between cannonballs and missiles. In use, it can be launched with artillery like a cannonball; at the same time, it is like a missile, powered by its own engine, and has its own "brain" to plan its own flight. Route, there are complicated rudder blades to control their flight direction. From launch to hit, artillery-launched missiles can carry out a real-time closed-loop strike on the target. More importantly, it has strong lethality and high strike precision. In addition to hitting vehicles and bunkers, artillery-launched missiles can also have a certain killing effect on aerial targets such as armed helicopters. 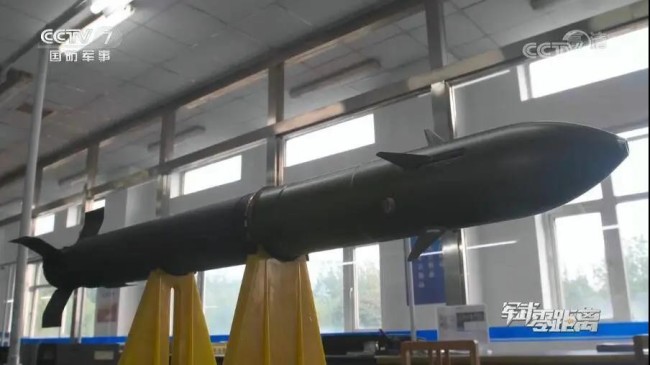 Previously, CCTV’s military "Military Armed Zero Range" program introduced in detail the working principle of laser beam guidance for domestic artillery-launched missiles. When the gunner aims at the target, the guidance equipment on the tank will launch a laser at the target, and the missile will be fired. After launching from the barrel, it will fly into this laser. Then, the sensor on the projectile will perceive its position in this laser and control itself to fly as far as possible in the center of the beam. The final effect is the gunner handle. The missile flies wherever the laser points. The program also pointed out that through multiple combinations of guidance methods, including the technical support of the control system, domestic artillery-launched missiles will be able to achieve long-range strikes that exceed the limit of visual aiming, autonomously guided intelligent strikes after launch, and three-dimensional strikes on land, sea and air targets.