--> Android and Apple face off, Hongmeng enters, who will be the next Symbian? | AboutMicro News
'https://svgshare.com/s/YY2' >

Pictures in the text/picture source network

In the early morning of June 8, iOS 15 was released;

On June 2, HarmonyOS 2 was released;

In the early morning of May 19th, Android 12 was released.

In the ten years before the emergence of Hongmeng, the mobile operating system market has always been a protracted battle between Android and Apple. The emergence of Hongmeng has also become the third entrant. Throughout history, the transition between old and new is inevitable. In the first ten years of the mobile operating system, Android took over from Symbian, and Apple came out midway and fought against it for ten years. This has also added new variables to the competition between the two powers that has been going on for more than ten years.

On January 9, 2007, Apple officially released the first-generation iPhone, which was a huge success.

At that time, Google had developed the Android system before the release of the original iPhone. The first mobile phone equipped with Android system has two versions, the first is code-named Sooner, which uses the HTC Excalibur body, and the customized version of T-Mobile is called Dash. The second code name is Dream, with a new design and touch screen.

The ordinary Sooner version uses the early Android M3 system, which is relatively rough and has a relatively low degree of software and hardware development. The prototype does not support touch functions, nor does it support 3G networks and WiFi, and its appearance is very similar to that of BlackBerry.

After the launch of the original iPhone, Google had to abandon the Sooner version and switch to the Dream version to follow the trend of touch screens and redesign the system.

It wasn't until September 23, 2008 that Google launched the first Android smart phone, and the mobile phone equipped with Android 1.0 system was the famous generation HTC G1.

But before being acquired by Google, Android once fell into a dilemma.

In 2003, "Father of Android" Andy Rubin founded the Android company to develop a mobile operating system.

As operators believed that Andy Rubin's free Android system would shake their own interests, the company hit a wall one after another, and soon came to the point of difficulty. Under such circumstances, Rubin can only choose to sell the company.

Later, after listening to Rubin's insights on Android, Google immediately decided to acquire Android wholly. Rubin served as the vice president of Google's engineering department and continued to be responsible for the Android project. Google spent 50 million US dollars to acquire Android company. This acquisition is not only Google's most successful acquisition, but also allows Google to successfully board the mobile Internet ship. 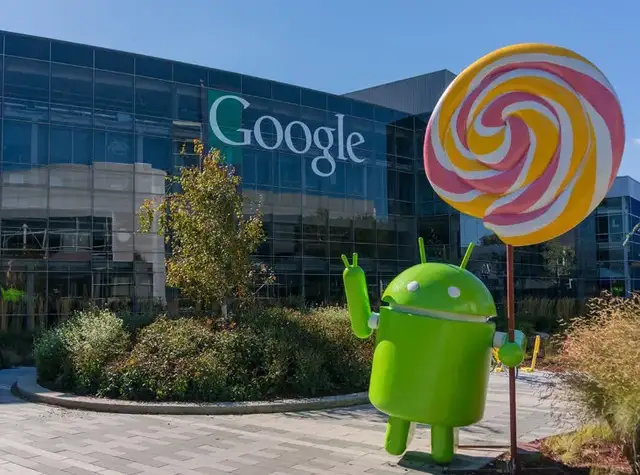 On November 5, 2007, Google officially showed this operating system called Android to the outside world. On the same day, Google also united 84 companies around the world to form the "Open Handheld Device Alliance", where members of the alliance will jointly improve the Android system. Google licensed it to every enterprise in a free and open source way, and released the Android source code.

In September 2008, Google released the Android 1.0 system. At that time, there was Apple Jewel in the front, and the Android system was not favored by the outside world. Joma Ollila, chairman of Nokia, the mobile phone market hegemon, also claimed that "a competition is unfolding between Nokia, the industry hegemon, and Apple, the challenger." At that time, Android didn't even have a name in front of Nokia.

Behind Nokia overestimating itself and despising its opponents is its ignorance of the development of the times. With the advent of the Internet age, the clumsy Symbian operating system was defeated, and in just a few years, it quickly collapsed.

Since 2009 when LG announced its withdrawal from the Symbian platform, Sony Ericsson and Samsung also broke up with Symbian one after another and invested in the arms of Android. In Q1 of 2011, the Symbian system market share was surpassed by Android for the first time, and the market leader began to change hands. 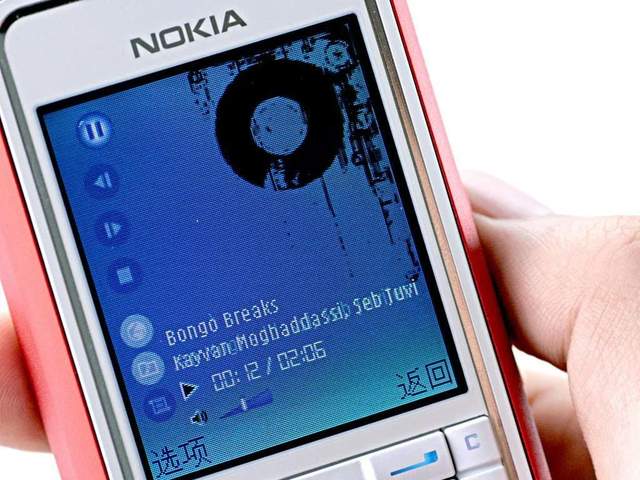 In November of the same year, Saipan's global market share dropped to 22.1%, while China's market share dropped to 23%. On December 21, 2012, Nokia announced the abandonment of the Saipan brand. On January 24, 2013, Nokia announced during the earnings call that the Nokia 808 will be the last Symbian phone. On New Year's Day in 2014, Saipan officially stopped updating and has since retired from the stage of history.

At the same time, Android is advancing all the way. At the end of 2010, the Android system was officially launched for only two years, and its market share has surpassed the Symbian system that has dominated for more than a decade, becoming the world's largest smartphone operating system.

Android has become a popularizer of smart phones. In the era of the information explosion, Android replaced Saipan to take over the baton of the mission of human society's information transmission.

On August 2, 2011, Android mobile phones accounted for 48% of the global smartphone market and occupied a dominant position in the Asia-Pacific market. On October 19th, the release of Android 4.0 ice cream won half of the world for Android.

Due to free and open source and superior performance, in 2014, more than 1 billion devices equipped with Android system. To this day, Android still occupies the largest share of the global smartphone market.

Of course, not only Android and Google were chasing the footsteps of the times, but also Jobs who was still alive at the time.

In 1996, Apple's operations fell into a dilemma. In times of crisis, Jobs returned to Apple and carried out a series of drastic reforms, and began to develop new products iMac and iOS operating system, which also laid the groundwork for the first generation of iPhone.

At that time, smartphones on the market usually used a full keyboard, the input design was relatively boring, and the capabilities were very limited. They only had basic messaging services, taking pictures, simple applications and games, and preliminary web browsing. They were mainly equipped with BlackBerry, Operating systems such as Nokia's Symbian.

And when Apple released iPhone OS 2.0, Android had just really appeared on the hardware. 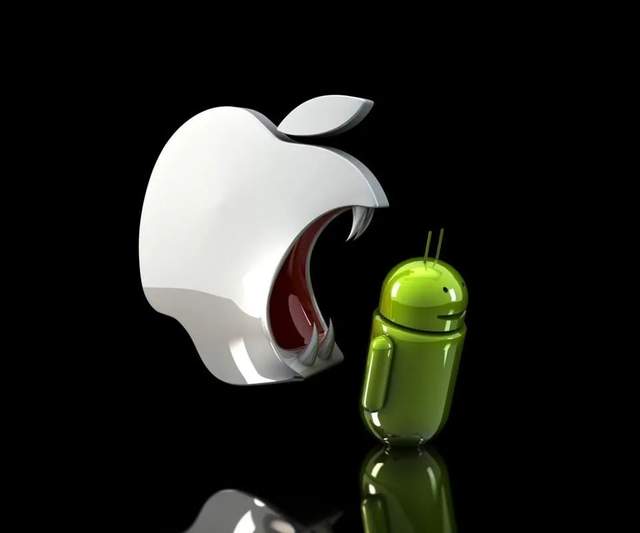 The era of smartphones that was truly detonated started with the iPhone 4.

The perfect combination of glass panel and steel frame makes many fans think that iPhone 4 is the most outstanding product in iPhone design. The first adopted 960x640 Retina screen and self-developed A4 chip revolutionized the industry, and then the retina screen gradually became the industry standard, and the screens of all smartphones were in line with the retina display, thus entering the era of high definition displays. IOS 4, which is still a classic today, was not only aesthetically ahead of the same period products by an era, its super fluency, at that time, it almost disregarded all systems.

It can be said that despite being exposed as the "antenna door", the flaws are not concealed. The iPhone 4 is still a nearly perfect phone in the context of the era. 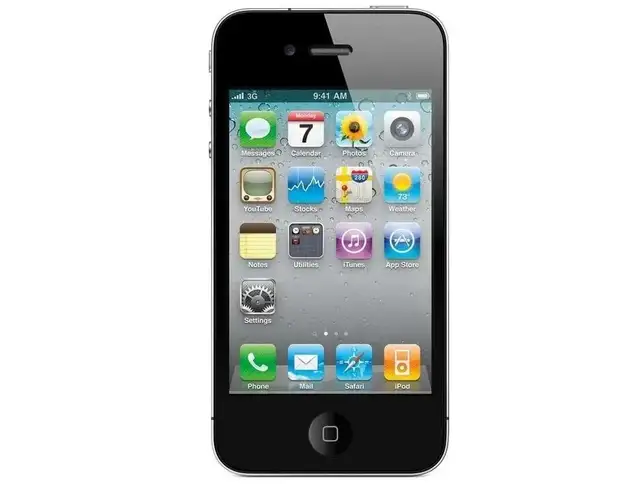 However, since the death of Jobs, Apple's subsequent updates have not reproduced the shocking shock that initially brought to the market, but embarked on the path of imitating Android.

Since Cook took office, Apple has stopped taking its own unique path, and has slowly moved closer to Android. System updates in recent years have caused the iPhone’s screen to expand rapidly, and the large screen size has gradually become the same as Android. As one of Apple’s core technologies, iOS continues to "learn from" Android in its style.

The iOS system in the Jobs era insisted on quasi-materialization. For example, the iBooks application on the iPad looks no different from the real bookshelf, and even the texture of the wood can be seen. After Cook took office, he turned his head to imitate the flattening of Android. Since then, whether it is a one-handed keyboard, multi-function screenshots, or screen recording functions, its operation methods are more and more similar to those of the Android system.

It has been 14 years since the first Apple mobile phone was released. Just as the transition from the 3G graphic era to the 4G video era at that time gave Android an opportunity to rise. Right now, it is also the eve of the outbreak of the 5G era. At the intersection of changes, it is also a good time for Huawei and Hongmeng. 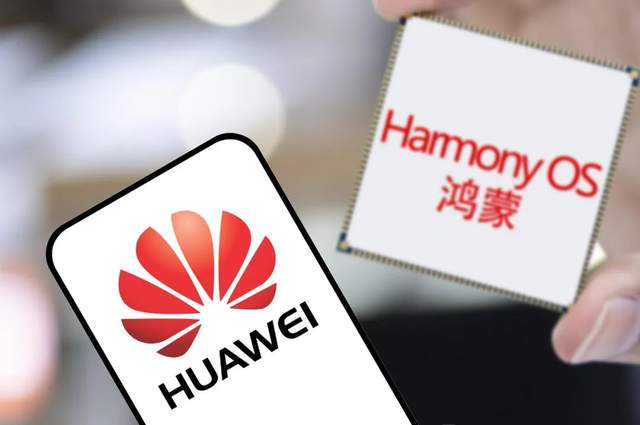 Ren Zhengfei once said, “Don’t blindly target Samsung, Apple, and Xiaomi, and stick to your own path, and don’t let the Internet (speech) cause a fever.”

In the highly competitive 5G market, Huawei has indeed taken its own path. According to the "Global 5G Technology Patent List" published by IPLytics, Huawei has become the world's first with its own 15.39% share.

In addition to seizing the trend of 5G, Google's ban in 2019 also allowed Huawei to advance Hongmeng to the stage. Since then, the mobile operating system market has ushered in a challenger.

However, for the current Hongmeng, there is still a long way to go to compete with Android or Apple.

With the help of its synergistic advantages with iPhone and iPad tablet computers, Apple’s MacOS has risen from less than 4% of the world’s desktop operating system to the current 14% after a decade, but its market share in China The share is only less than 7%.

"It may take a long time for Huawei's operating system to surpass Android and Apple's systems, but it will not exceed 300 years." Ren Zhengfei said in an interview with "Dragon" magazine.

As long as the times are advancing, no one will stay the same.