[Tianji.com Mobile Channel] The current smart phone market can be described as a hundred flowers blooming, with major brands competing for beauty, and consumers have a lot of choices. However, the tablet computer market has always maintained a dominant status in the past. Due to the backwardness of Android tablets in software ecology, most consumers are more willing to choose Apple iPad, and even for a long time, iPad has almost become synonymous with tablet computers.

After Huawei launched the series, the "dominant family" pattern of the tablet computer market finally changed. According to IDC data, Huawei's national tablet market share in the first quarter of 2020 has surpassed Apple. 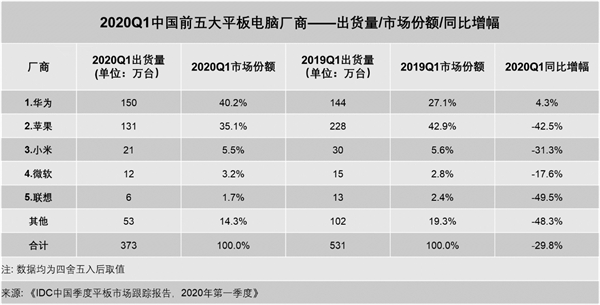 But the good times did not last long. As the United States continued to increase its sanctions on Huawei, Huawei's tablet PCs, which lost chip supply, gradually withdrew from the market center stage.

Originally, I thought that the high-end tablet computer market would resume Apple’s dominance, but now the situation has undergone new changes. Huawei MatePad tablet computers may return to the center of the market. 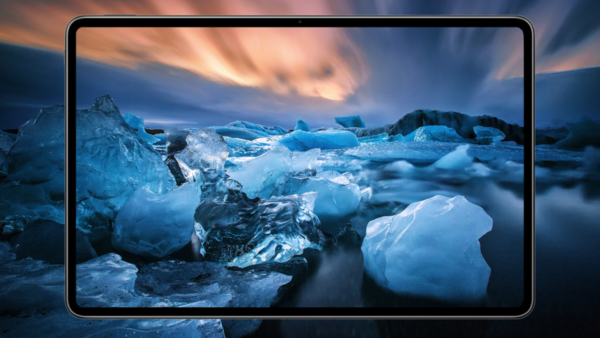 In fact, Huawei MatePad is not particularly eye-catching in terms of hardware. Whether it is a high-level screen, a high-performance chip or a high-pressure stylus, it has become the standard configuration of current high-end tablet computers. So why is the author so confident that Huawei will return to the center of the tablet market?

There are two main reasons:

As we all know, due to the continuous shrinking of the tablet market in the past few years, most mainstream software developers have stopped developing the HD version of the APP. In fact, both iPad and Android tablets are facing the same problem. However, compared to Android tablets, the Apple iPad, which has a rich application ecosystem, has more advantages in this regard.

Through the "Parallel View" function, APP can be well adapted to large screens. In the horizontal screen state of the tablet, an application can display the contents of the upper and lower menus at the same time, which can help users obtain more information. This is undoubtedly more efficient than directly enlarging APP content and app split screen. 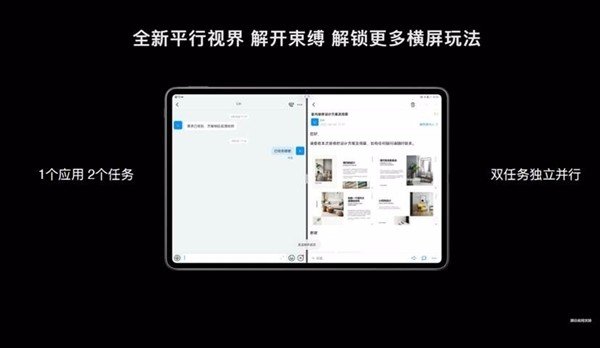 In the newly released HarmonyOS version of the MatePad series, the "Parallel Vision" function ushered in a new upgrade. The newly added "Unlock" function allows one application to perform two tasks without interfering with each other.

The author believes that Huawei's "parallel vision" and well-adapted split-screen function make up for the lack of tablet APP ecology, thereby helping users make better use of large screens to improve office and learning efficiency, and even enhance game audio and video experience. Only by taking full advantage of the large screen of the tablet computer can the market welcome the tablet computer again.

What is HarmonyOS? According to Huawei's official caliber, Hongmeng operating system is a new and independent intelligent terminal operating system for the era of Internet of Everything, which can provide a unified language for the intelligence, interconnection and collaboration of different devices.

It can be known from the official caliber that the biggest advantage of HarmonyOS lies in the "Internet of Everything". So what are the interconnection scenarios for MatePad under the blessing of HarmonyOS?

When you watch a video on your mobile phone, if you happen to have a tablet nearby, the system will automatically prompt whether you need to stream the current video content to the tablet for viewing. This function gives full play to the distributed nature of Hongmeng, allows content to flow between different devices, and uses the advantages of large-screen devices to provide users with better services. And the video streamed to the tablet will not restart playback, but continue the previous playback progress. At the same time, the mobile phone can perform other operations. You can watch videos on the tablet while shopping, chatting, etc. on the mobile phone.

With the support of the HarmonyOS multi-screen collaboration function, the tablet can become an extended screen of the PC, a hand-drawn board, and even break through the hardware barriers between the PC and the tablet, sharing all software and hardware resources.

In the extended mode, the tablet can become the extended screen of the PC. Whether it is processing files or browsing information, the two screens can provide more information at the same time, making the office more efficient.

In the sharing mode, files, materials and pictures can be seamlessly shared between the tablet and the laptop. The content can be seamlessly dragged and dropped on two terminals with different operating systems, and the keyboard and mouse of the PC can also directly control the tablet. .

Through these scenes, users can actually quickly realize that the tablet computer blessed by HarmonyOS is not just a tablet computer, and its usage scenarios have been infinitely enlarged. For example, the screen of MatePad can be an extended screen for mobile phones and PCs, and 8 speakers can be used as speakers to play videos or music in mobile phones\PCs, etc.

Therefore, with the HarmonyOS super terminal function, the use scenarios of Huawei MatePad are no longer limited to tablets, and this also gives it a very large imagination for its use value. This is why the author believes that Huawei Hongmeng Tablet can quickly return to the center of the market.