--> Over 190 people in Japan died after being vaccinated by Pfizer, family members of the deceased want to know the cause of death | AboutMicro News
'https://svgshare.com/s/YY2' > 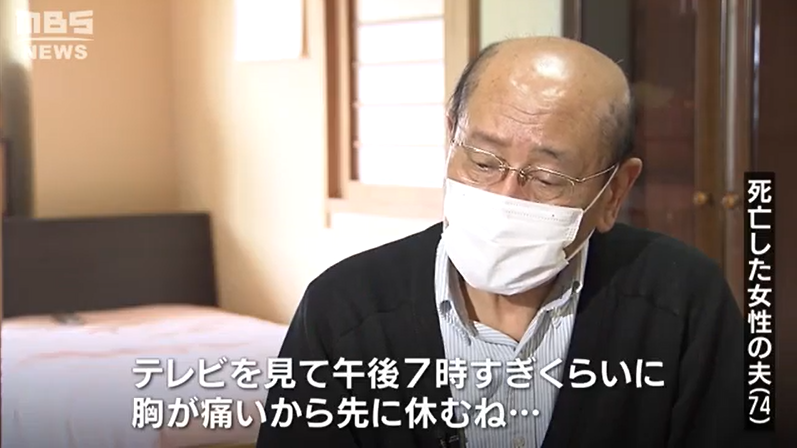 Overseas Network June 10 electricity , according to Japanese news MBS 10, 2007, the Government of Japan to control the epidemic continues to spread new crown, it is to accelerate the country's new crown vaccination. In this context, more than 190 people in Japan have died after being vaccinated with Pfizer. At the end of May, a 73-year-old woman in Kobe City, Hyogo Prefecture, Japan, died a few hours after being vaccinated. In an interview with Japanese media recently, his husband believed that the vaccine caused his wife's death and hoped to learn the real cause of his death.

"It was very sudden without any psychological preparation. This is the most painful, really." The husband of the deceased said that on May 28, his wife was vaccinated with Pfizer at the hospital where he often went to see the doctor. My wife has diabetes and has been sick for 15 years. She was in normal health on the day of vaccination. After being vaccinated at about 4:30 in the afternoon, I stayed in the hospital for 30 minutes and went home. "At 7:30 in the evening, she said her chest hurts while watching TV, so she went to rest first. These are her last words."

On the night of the vaccination, the old woman was breathing flustered and her physical condition deteriorated sharply. When she was sent to the hospital, she was in a state of stopped cardiopulmonary function and died at around 8 o'clock in the evening. In other words, he died suddenly within only three and a half hours after vaccination. The husband of the deceased said: "I can still understand where the body has deteriorated. If you think about it, even if you count by the exclusion method, there is only a vaccine." 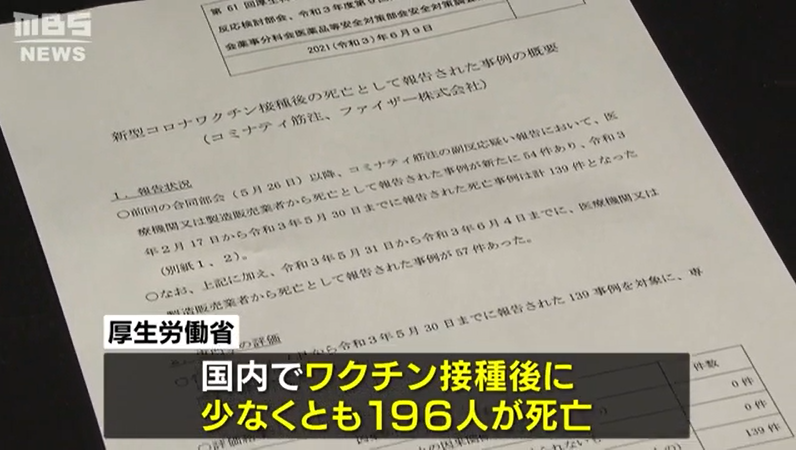 According to Japanese media, at least 196 people have died after vaccination in Japan. The Ministry of Health, Labour and Welfare analyzed the side effects of the vaccine in 139 people after being vaccinated and stated that “the causal relationship between (death) and vaccination cannot be evaluated”. Because most of the survivors do not want to be dissected, they cannot do a detailed examination, or even if they are dissected, it is difficult to know the specific cause and effect.

Japanese media pointed out that the Japanese government is immersed in accelerating the promotion of vaccination, but the number of deaths after vaccination is indeed increasing, and it is not clear whether it is related to vaccination. This is a fact. The old woman’s husband said sadly: “I don’t understand why the government is desperately trying to get people vaccinated. You have to figure out whether there is a causal link between the vaccination and death. I don’t think anyone can fight it.” (Overseas Net Wang Shanning)