--> What does it mean for China's new crown vaccine to "enter the WTO" again? | AboutMicro News
'https://svgshare.com/s/YY2' >

(Fighting New Coronary Pneumonia) What does it mean for China's new crown vaccine to "enter the WTO" again?

What does it mean for China's new coronavirus vaccine to "enter the WTO" again? To be sure, the safety and effectiveness of Chinese vaccines have once again been recognized internationally. 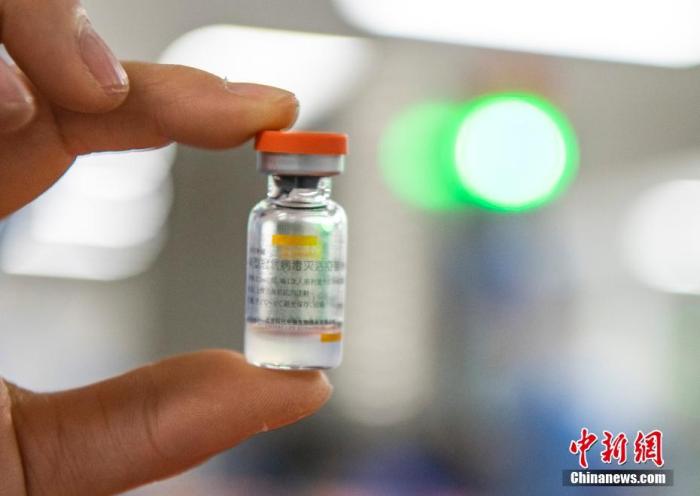 WHO Director-General Tan Desai announced at a press conference on the 1st that Kexing's new crown vaccine has been proven to be "safe, effective and quality-assured." The easy storage of the vaccine makes it very suitable for resource-poor environments . Data show that this vaccine has an effective rate of 51% in preventing the appearance of new coronary symptoms, and an effective rate of up to 100% in preventing severe new coronary diseases and hospital admissions.

Such "good results" are not unique to Kexing Vaccines. The interim report of the Phase III clinical study of China's new crown inactivated vaccine was officially announced on May 26. The report shows that the two new crown inactivated vaccines of Sinopharm China Biotech can produce high-titer antibodies and form effective protection 14 days after two injections, and the positive conversion rate of neutralizing antibodies in the whole population has reached more than 99%. 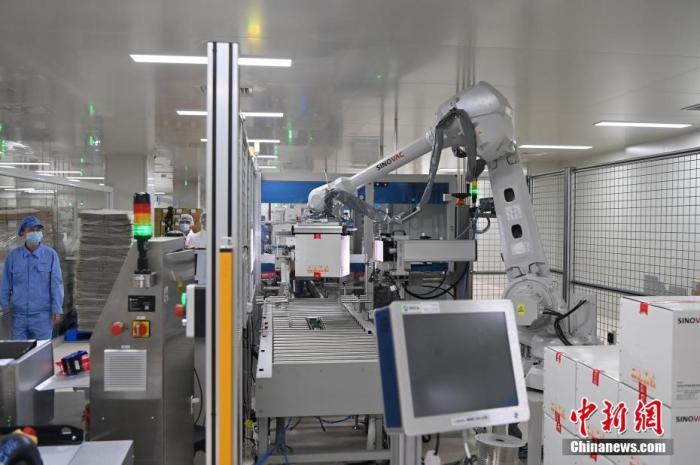 On June 1, the new crown vaccine packaging production line of Beijing Kexing Zhongwei Biotechnology Co., Ltd. located in Daxing District, Beijing, the palletizing robot put into use in mid-May is in operation. According to the company's staff, there will be at least six packaging production lines using palletizing robots in the future to improve operational efficiency. Photo by China News Agency reporter Hou Yu

In addition, the two technical routes have also made "visible" research and development progress. According to Shao Yiming, a researcher at the Chinese Center for Disease Control and Prevention, recently, the attenuated influenza virus vector vaccine has completed phase II clinical trials in China, and phase II clinical trials of two types of nucleic acid vaccines, mRNA vaccine and DNA vaccine, are also steadily advancing. The above-mentioned vaccines have shown good immunogenicity and safety, and are being contacted to go abroad as soon as possible to carry out phase III clinical trials.

On the other hand, the current global anti-epidemic situation is complex and severe, and whether vaccine research and development can outperform virus mutation is a hot spot in the international community. In response to the mutated new coronavirus that continues to appear worldwide, China's vaccine research and development has taken actions to enhance its "response" capabilities.

Some analysts believe that being approved to enter the WHO emergency use list sends a clear message to the outside world that the quality of China's new crown vaccine is guaranteed, safe to use, and trustworthy. It is with the guarantee of safety, effectiveness and resilience that China's new crown vaccine may become an important help in fighting the global pandemic and building an immune barrier for all human beings.

At the 73rd World Health Assembly in May last year, China pledged to make the new crown vaccine a global public product. In the past year or so, China has provided vaccine assistance to more than 80 developing countries, exported vaccines to more than 40 countries, and has supplied 300 million doses of COVID-19 vaccine globally.

It is reported that after more than 60% of the population in the city were vaccinated with the new crown vaccine of China's Coxing, the number of newly confirmed cases in the small Brazilian city of Serana has dropped from 692 in March this year to 235 in April. People who are fully vaccinated There were no further deaths in the country.

Today, "a model city to fight the new crown virus" has become a business card of Serrana. Residents' lives have gradually returned to normal, and business in many shops has also begun to improve. Snack bar owner Jose said: “We feel relieved and protected. I especially believe in the Koxing vaccine I received.”

The shortage and uneven distribution of vaccines are huge challenges facing the global fight against the epidemic. Mary Angela Simao, WHO's assistant director-general in charge of obtaining medicines and health products, pointed out in a statement that the world urgently needs a variety of new crown vaccines to solve the huge global inequality of vaccine access. There is a view that China's new crown vaccine's “entry into the WTO” again will further increase the availability and affordability of the vaccine in the world, especially in developing countries.

In addition, WHO also urges vaccine manufacturers to participate in the "New Coronary Pneumonia Vaccine Implementation Plan" (COVAX) led by it, share expertise and data, and contribute to the control of the new crown pandemic. It is reported that on the day before the emergency use of Coxing vaccine was approved, the first batch of vaccines supplied by Sinopharm China Bio-Supply COVAX was off the assembly line, bringing hope of crossing the "distribution gap" for those countries where "a dose is hard to find". .

Chinese Foreign Ministry spokesperson Wang Wenbin stated at a regular press conference on the 1st that the first batch of vaccines supplied to the "New Crown Vaccine Implementation Plan" was officially off the assembly line. An important manifestation.

Currently, no country can survive the pandemic. China understands this principle and supports international cooperation in the fight against the epidemic with deeds and words. From this perspective, China’s second “entry into the WTO” of vaccines is of great significance in alleviating the global shortage of new crown vaccines and accelerating the spread of vaccines worldwide. (Finish)