--> This is the worst bridge in the world, every director dreams of blowing it up | AboutMicro News
'https://svgshare.com/s/YY2' >

This is the worst bridge in the world, every director dreams of blowing it up

This is the worst bridge in the world, every director dreams of blowing it up

The San Francisco Golden Gate Bridge is arguably the worst bridge in the world.

It suffered countless nuclear strikes, was bitten in two by sharks, penetrated by a meteor shower, and was destroyed by a major earthquake.

Incomplete statistics. In the American movies alone, the bridge has been frustrated more than ten times, spanning nearly a century. 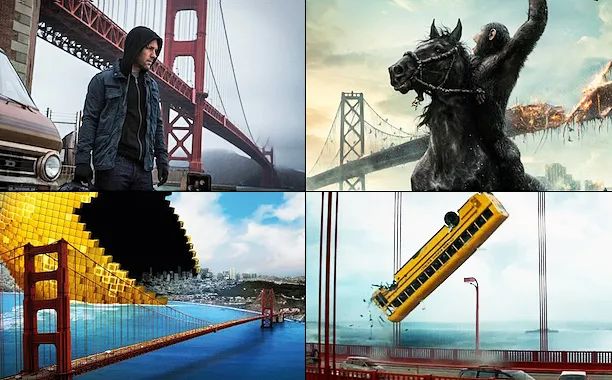 The bridge was officially opened to traffic in 1937. Since then, Hollywood has been doing its best to close it.

As America’s infrastructure continues to decline, there is now another place where you should avoid bridges, and that is in the movies.

The Golden Gate Bridge was overturned for the first time as early as 1955.

In the movie "It Came from Beneath the Sea", it was attacked by a sticky octopus. 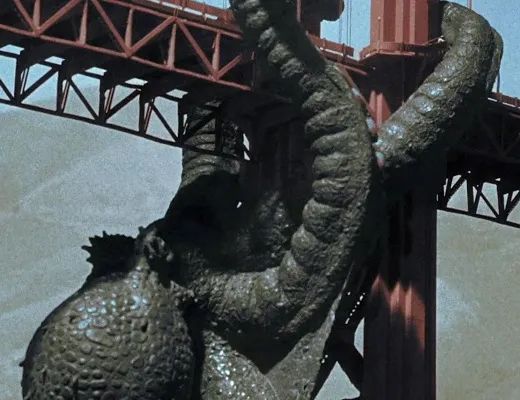 Americans are no longer keen on infrastructure, perhaps not because of the hollowing out of the industry, but maybe they really don't like it.

The last time the Golden Gate Bridge was broken into pieces was in the 2015 "San Andreas" movie.

In the movie, not only the Golden Gate Bridge, but even the entire San Francisco has become a tsunami dish.

In the 2003 movie "The Core" (The Core), the Golden Gate Bridge was destroyed by returning to building materials.

In the film, as the earth stopped spinning and the atmosphere was on holiday, the strong sunlight rushed straight to the surface as if entering no one's territory, and the high temperature instantly melted the slings of the Golden Gate Bridge.

Hundreds of vehicles on the bridge fell into the Pacific Ocean like dumplings, which became the shadow of many movie fans.

In "Superman" in 1978, the Golden Gate Bridge was transformed from one bridge into two bridges due to the earthquake, and our Superman also got a job opportunity and gained glory.

Some film critics believe that a disaster scene involving a famous bridge can not only root the film in the real world, but also demonstrate the magnitude and urgency of the threat.

Compared to seeing the blood and victims rendered by CG, it is often more disturbing to see that things we are familiar with are destroyed.

It may be that life is a bit dull after a good life for too long, so in order to find excitement, Hollywood not only caused the Golden Gate Bridge to be destroyed by natural disasters, but also people screamed to experience the fear of foreign body invasion.

It's like after trying all the regular positions, you want something unprecedented to break the game. 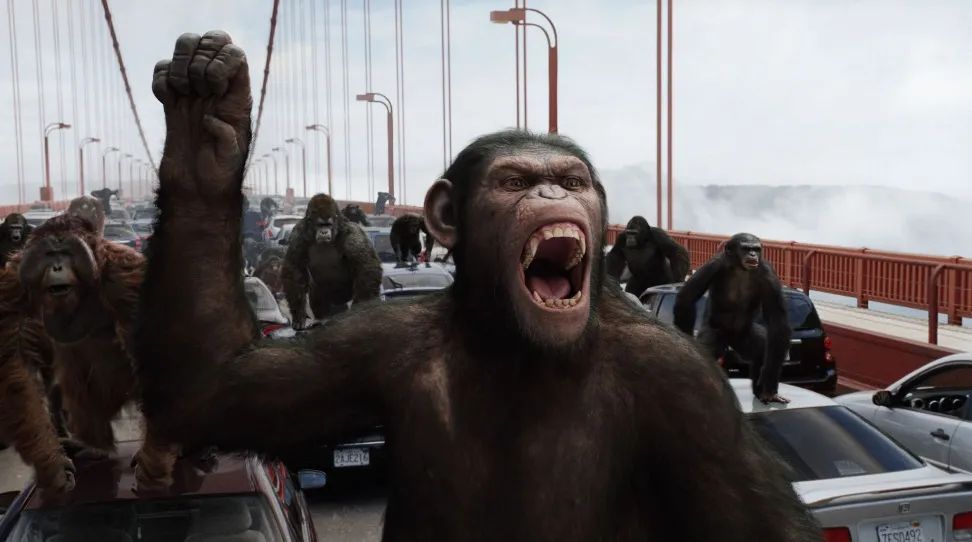 In Star Trek, it is a sandbag for the villain to practice their hands. 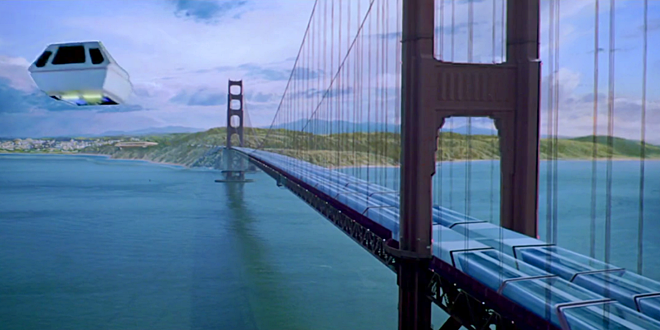 In the wonderful movie "Mad Shark vs. Evil Octopus", the Golden Gate Bridge was turned into a chocolate wafer and was used by a crunchy shark to grind its teeth. 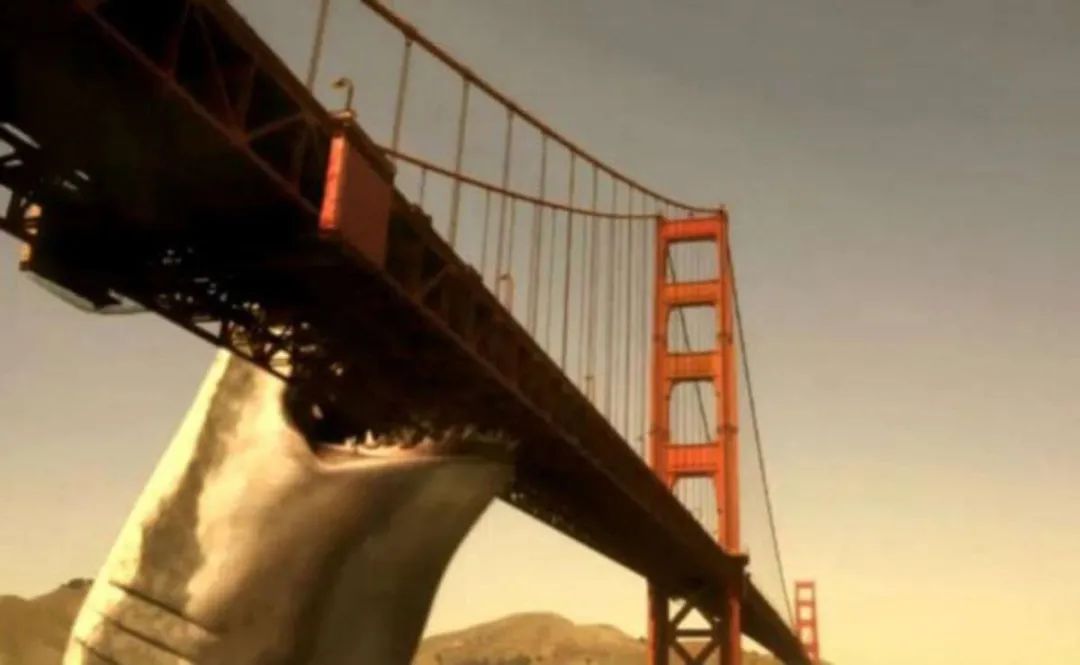 The Golden Gate Bridge is like the tables, chairs and benches of roadside stalls. Although things are not related to it, they are often damaged by drunken men fighting.

In "Monsters vs. Aliens", it was brutally smashed as a background board for monsters and aliens duel.

In "Pacific Rim", it was subverted because it blocked the monster's way forward.

In "Godzilla", the Golden Gate Bridge was once again invaded by foreign objects, but this may be the least invaded.

In the film, Godzilla only tore off a few strands of the slings on the bridge, as if understanding the difficulty of the bridge over the years.

In 2006, the Golden Gate Bridge in the X-Men was uprooted.

In the film Magneto was dissatisfied with the city planning of San Francisco and believed that the construction of the bridge did not take into account the travel of residents on Alcatraz Island, so the entire bridge was pulled up and redistributed.

Although the director who designed this scene may not know the principle of the suspension bridge structure, many fans believe that this time is the most creative of all the scenes that destroy the Golden Gate Bridge. 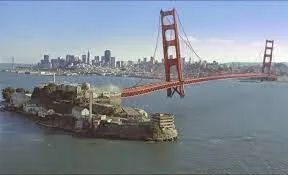 For billions of movie fans around the world, the Golden Gate Bridge is not a pile of concrete steel bars condensed together for the benefit of public transportation, but a mark in the history of the screen.

It is the final battlefield of the 007 movie "Thunder Killing Intent".

Although the film's Bond actor Roger Moore also admitted that the film was not brilliant in the series, but the climax part of Bond and the bad guys climbed to the Golden Gate Bridge sling to meet the secret dream of every San Francisco citizen.

Some film critics claim that few bridge structures have been used to this degree in movies.

The Golden Gate Bridge is where the chimpanzee leader Caesar fought back in the Rise of the Apes.

When people see orangutans climbing the bridge as a tree branch, and seeing the familiar symbol of civilization being tainted by primitives, they will have a feeling of being polluted by filth.

This is due to the ideological cognition that the Golden Gate Bridge has given people. Just like public toilets in developed countries that are cleaner than hotels, they are a concrete manifestation of advanced civilization.

The Golden Gate Bridge appeared in the 2011 movie "Infectious Diseases."

In the film, San Francisco was the first city to fall. The director used a deserted Golden Gate Bridge to show the decline of civilization. This is also an important reason why countless movies have invited it to appear. 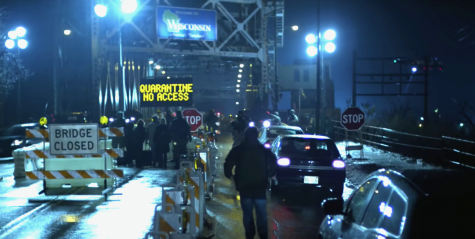 The same is the doomsday world, this bridge also appeared in Denzel Washington's most obscure movie "The Book of Avery".

Although the Golden Gate Bridge in the film didn't have a line, its lonely vision captured the hearts of the audience who hadn't captured Denzel Washington's half of the film.

In fact, the fate of the Golden Gate Bridge in the movie is far more than just a sandbag.

As the scene of the final scene of "Interview with the Vampire", accompanied by Tom Cruise, who is proud of the spring breeze on the convertible, and the Rolling Stones "Sympathy for the Devil".

The Golden Gate Bridge emphasizes the urban spirit of embracing uncertainty that permeated San Francisco before the first technological boom.

However, the above are all outsiders' imaginations about the Golden Gate Bridge and what it represents behind it. What do San Francisco natives who see their landmarks being fancy-husked every day?

In the film "Zodiac" in 2007, the Golden Gate Bridge scenes in the film used extensive CG technology for the first time, but this manual operation was resisted by many locals, including San Francisco fans.

Locals believe that although the Golden Gate Bridge in the movie has been destroyed countless times, it has also established San Francisco's reputation.

The use of CG technology in the movie to pay more attention to the cash gate bridge is equal to the flow of San Francisco. It also brings about more serious problems than the destruction of the bridge, such as deconstructing landmarks and grabbing the right to speak. 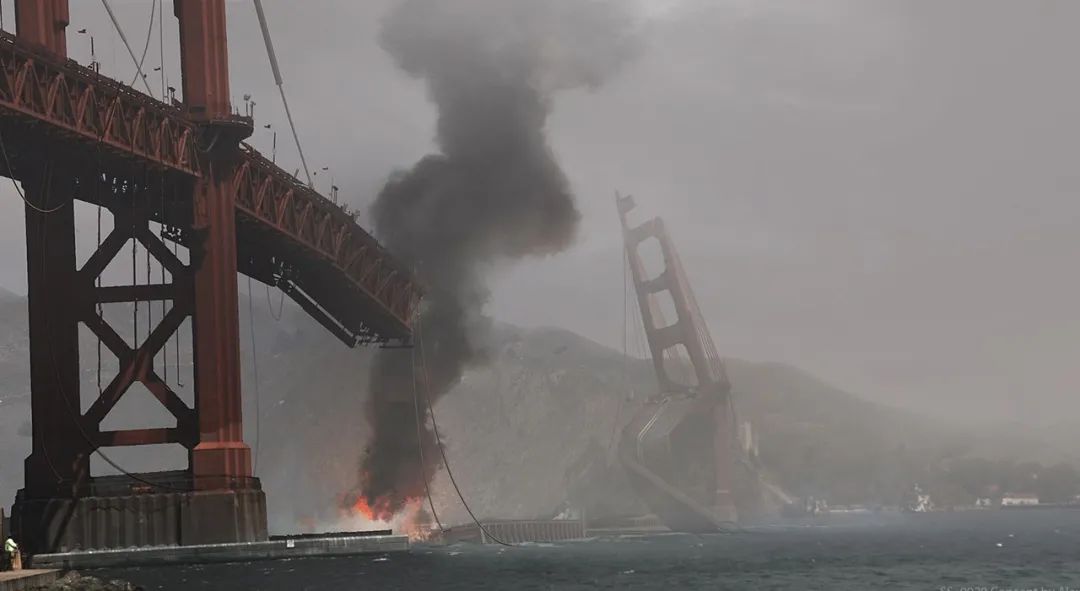 So in the foreseeable future, I think the tragedy of the Golden Gate Bridge will continue.

Until one day it will no longer be the benchmark of civilization or the end of aging.

Falling apart amidst cheers or lingering amidst elegance, this is the proposition left to us by the Golden Gate Bridge using its own body as an example.