--> "The Legend of the White Snake" has been remade again, and more than 10,000 comments are seeking to arrange the film? (Picture) | AboutMicro News
'https://svgshare.com/s/YY2' >

"The Legend of the White Snake" has been remade again, and more than 10,000 comments are seeking to arrange the film? (Picture)

[Text/Observer Network Xing Xiaonan] "Sister, this trip to the world, we came to the wrong place." On May 20, China's first 4K...

[Text/Observer Network Xing Xiaonan]"Sister, this trip to the world, we came to the wrong place."On May 20, China's first 4K panoramic sound Cantonese opera movie "The Legend of the White Snake: Love" was released nationwide, recreating the texture of ink and water. Scenes familiar to the audience: borrowing umbrellas from the broken bridge, seeking medicine from Kunlun, flooding the golden mountains...One week later, the box office of the film still stands at 4.7 million. In contrast to the bleak box office, Douban scored 8.1, with nearly 2.6 million trailer views at station b, and countless calls for "seeking a schedule".When Cantonese opera goes from the stage to the film lens, when the traditional rhyme is transformed into special effects, is it "nondescript" or "three days around the beam"?Perhaps the answer is hidden in the few rows of films.The White Snakeis gradually running away. "She is a demon and an immortal, but she is not willing to become a demon. Her ideal is the most ordinary and the most brilliant: to be an ordinary person."There is no demon more loved than Bai Suzhen . Now, people have written all the West Lake, Broken Bridge and Leifeng Pagoda into her legend. Another gift is a remake of countless versions of "The Legend of the White Snake".In the era without TV, it was a frequent visitor on the stage of various dramas; in 1992, Zhao Yazhi's version of "The Legend of the New White Lady" was even more a childhood memory of countless people. Then, "The Green Snake", "The Origin of the White Snake", the new version of "The Legend of the New White Lady"... interprets the love between Bai Suzhen and Xu Xian from various angles.But for good or bad, the story of "White Snake" has deviated from its original appearance. As a classical story, the interaction between White Snake and Xu Xian is becoming more avant-garde and modern;

In the original script, Bai Suzhen's courage and skill as a thousand-year-old snake demon were gradually erased, and even appeared ignorant, simple and weak in some versions. 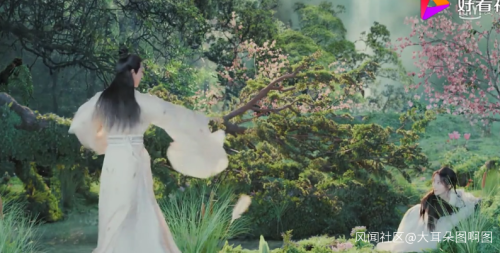 When it comes to marriage, the wedding dress is only worn for one scene. If you have a glass of wine and toast, you are a pair of beloved.

Even after the White Snake was taken into the Leifeng Pagoda, the director interpreted Xu Xian's thoughts by allowing him to stand outside the tower and wait for the Buddha to bloom, falling into the dream of Bai Suzhen's return.

In this era when screen narrative is dominated by Hollywood's three-act style, this kind of implicit oriental expression is really rare and rare.Furthermore, it is the classical of the lines.Compared with the long lines in modern dramas, the lines in "The Legend of the White Snake: Love" have a bit of a landscape painting meaning-they pay attention to white space and retain the elegance of the drama.The lines are mostly left between the emotional expressions of Xu Xian and Bai Suzhen, so I won’t repeat them here. On the contrary, the elegance of the drama can be reflected when Xiaoqing "swears".Fahai detained Xu Xian, she flicked her long sword, and blurted out, "You love me, who's in the way of your eyes, which Buddha's affairs, and where did you go against the heaven?" After

Xu Xian lived up to Bai Suzhen, she was so angry that she wanted to kill. However, she continued to use the original line on the stage, "Meet the Qingfeng".And Bai Suzhen's most popular in the whole play is the question when all thoughts are lost: "If the law of heaven does not allow love, why am I born with him for a thousand years?"

After "Daming Palace Ci", this kind of unique lines has not been heard for many years.Since the lines are all about "blank", the setting naturally carries a strong "national style of ink and wash".It's about cost constraints, and there are not many sets of "The Legend of the White Snake: Love". But the scenes in the trailer are like rubbing Chinese paintings.For example, borrowing an umbrella from a broken bridge means misty rain and hazy water:

the lens of reflections in the water is also used:

the Jinshan Temple in Fahai, the houses by the lake, and they all seem to be hidden in the splash ink landscape paintings:

the fleeting bridge in the play, There is a strong sense of sight in the ancient paintings of the Song Dynasty.

Director Zhang Xianfeng also mentioned in an interview with film blogger @董小姐聊电影 that in order to reflect the "Oriental aesthetics", he tried to use water vapor and fog to render the background in the play to achieve a water halo atmosphere. Some of the sceneries were even built according to the structure of the Song Dynasty.But in the play, the most difficult thing is the classicality presented in the fight. For fighting scenes that are naturally rigid, it is even more difficult to retain the "classical beauty".In the original Cantonese opera stage, the fight between Bai Suzhen and the monks of the Jinshan Temple was a climax. In the stage version, here is a "kick gun" with dazzling color. 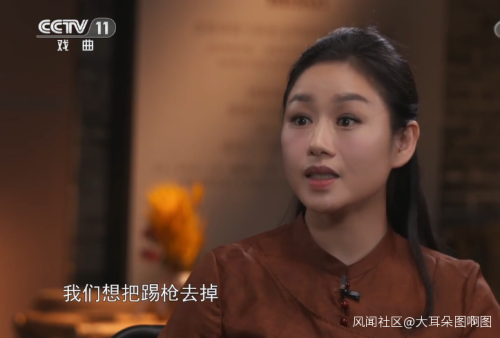 In addition to showing the shape of a snake and Bai Suzhen's angry emotions, the sleeves also show a kind of "soft power." In this play, the main creative team abandoned the tradition in form, but conveyed the beauty of classicism to the audience in another expression.

It is worth noting that the water sleeves also made outstanding contributions in another scene-the water overflows the golden mountains. Speaking of this, we must talk about the special effects of this show.The oriental aesthetics in the special effectscannot be denied, and many limitations make some pictures of "The Legend of the White Snake·Love" indeed have a "wall calendar". But fortunately, the tone of the remake of Cantonese opera is so strong that these images are not very abrupt.

But in the scene of "Water Over the Golden Mountain", the audience can see the funding burning.Here again, the director made changes to the original stage. In the stage version of "The Legend of the White Snake: Love", when Bai Suzhen fought Fahai, a group of blue-clothed actors danced the sleeves to show the effect of the water coming up. 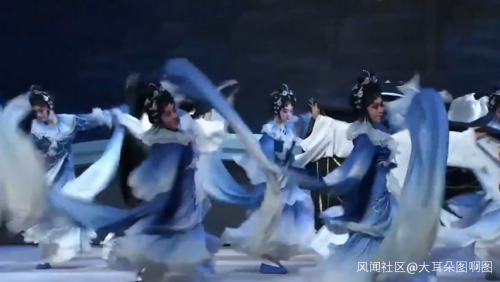 The original Cantonese opera "Water over the Golden Mountain"but obviously does not conform to the logic of the movie's performance.So in the movie, through special effects, the director really created a huge wave.

However, the director did not completely abandon the role of the sleeves in the stage version-when Bai Suzhen was furious and reprimanded Fahai for "compelling each other step by step", she flicked the sleeves and the river water under her feet danced with her long sleeves.

The blessing of special effects, the "combat power" of the White Snake as the Millennium Snake Demon is also vividly displayed.Another shocking special effect is the two boys that Bai Suzhen met when he went to Kunlun Mountain to steal the fairy grass.

Compared with the limitation of using costumes to imply the identity of the duo on stage, the movie version makes one deer and one crane come to life.

The entire Kunlun scene has also been created with a sense of ink and wash.

Although the special effects of this film have made a group of immortal movies known as hundreds of millions of people embarrassed, Director Zhang pointed out in an interview with @董小姐聊电影 that they do not want to promote that they are a special effects film. The special effects are just to help the crew achieve oriental aesthetics. A technical method makes it possible to achieve the kind of "freehand beauty" pursued by Chinese opera.Few films,but how good is the broadcast effect of such a good film?Take Shanghai as an example. In Pudong, only 8 theaters are playing. 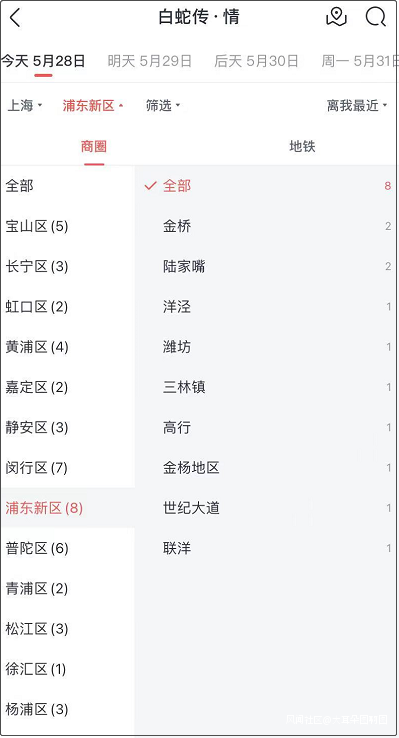 There are 70 "Fast and Furious 9" in the same file in Pudong. 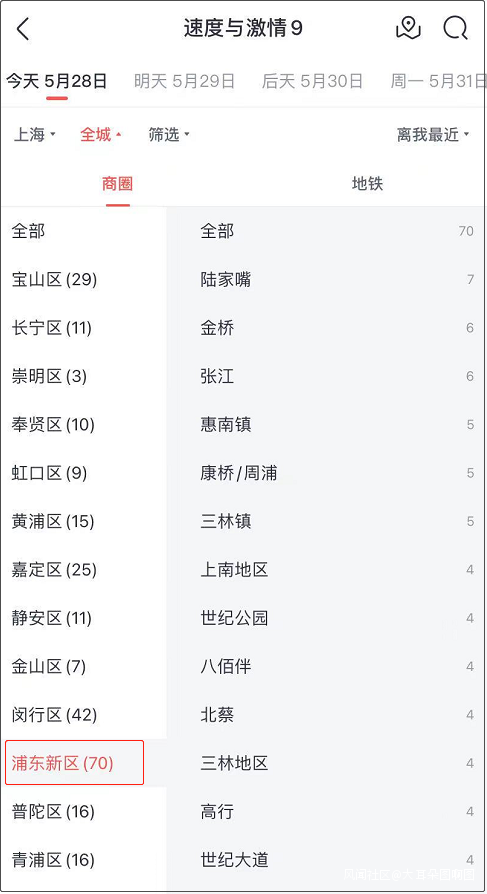 In the theaters that play "The Legend of the White Snake: Love", most of them only have one to two shows a day. 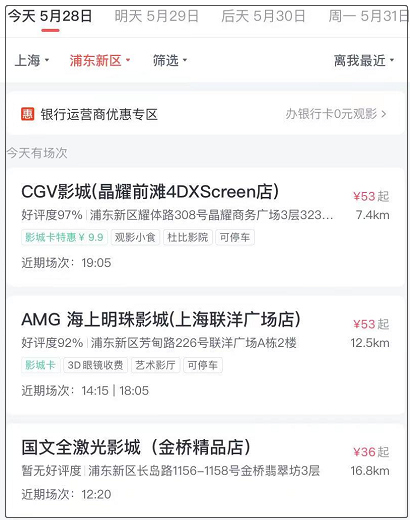 In view of the early stage of its release, the attendance rate of this film is indeed not high. Therefore, it is difficult to criticize the cinema as a profitable place for not having enough film arrangement.But under the appeal of many taps, the attendance rate of "The Legend of the White Snake: Love" has increased visibly in the past few days. 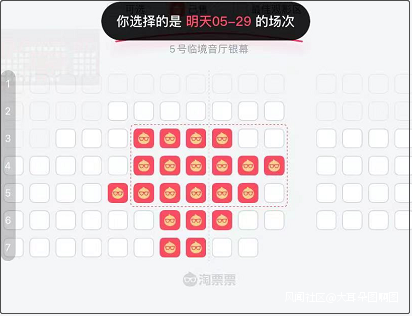 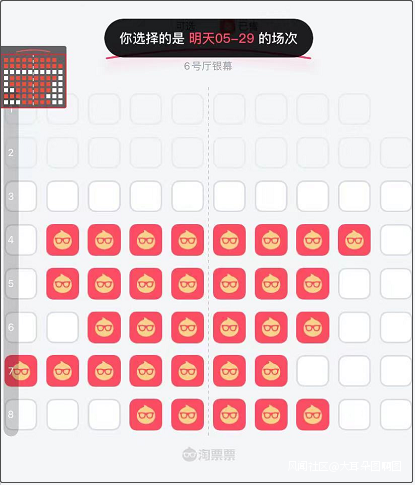 However, after opening station b and Weibo, many people still said that there are no or too few movies nearby. 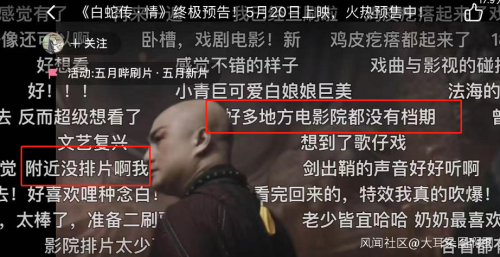 As of press time, the trailer of this play has been viewed on station b close to 2.6 million, and there are more than 10,000 comments below, and many high praises are "seeking to arrange the film." 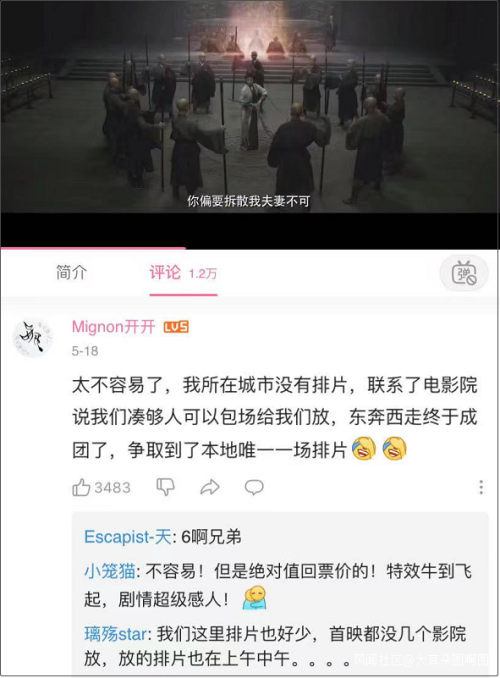 Bai Suzhen’s actor Zeng Xiaomin also said in an interview with CCTV’s Xiqu Channel that the Xiqu movies that have been made now are basically not promoted with a commercial operating model.In the absence of publicity, "how can there be theaters to accept it"? 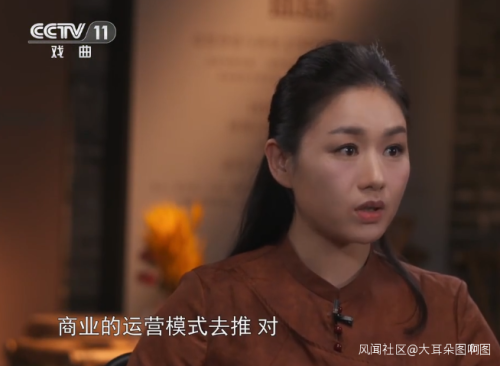 Fortunately, with more and more tap water on the Internet, "The Legend of the White Snake: Love" finally gained a certain volume. 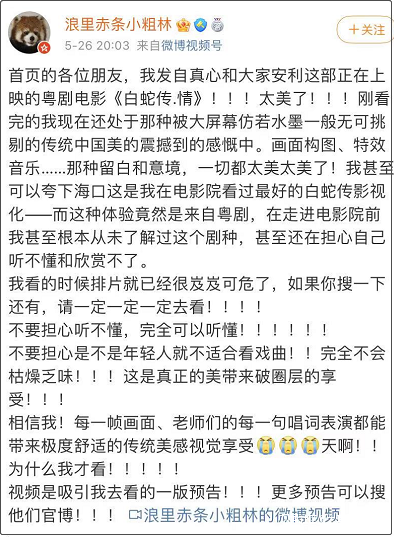 The opening of Douban 8.1 also made many non-box-mate audiences pay attention to this film adapted from Cantonese opera. However, most discussions on the Internet cannot bypass the "ink and wash texture" presented in the film. 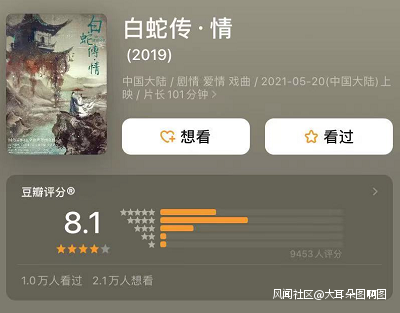 But the ink painting of film and television is not without precedent.In July 1961, Meiying successfully produced China's first ink-and-wash animation "Little Tadpoles Finding Mother", declaring the first success of Chinese ink-and-wash animation and winning numerous international awards. In 1963, another ink-and-wash animation "The Shepherd Flute" was born and won the Gold Medal at the 3rd Odense International Fairy Tale Film Festival in Denmark.Subsequently, "Deer Bells", "Landscapes", "Monkey Fishing for the Moon"... have received great responses both at home and abroad. But with the decline of the Beauty Studio, these ink and wash animations with oriental charm also disappeared.But did it really disappear?The emergence of "The Legend of the White Snake: Love" tells us that Eastern aesthetics is not out of date. He just needs to borrow new technologies to interpret the aesthetics that fit this era.It is waiting for the audience to give White Snake another chance.