--> A 12-year-old naughty boy swallowed a metal lock by mistake. The doctor used an endoscope to easily take it out in 7 minutes | AboutMicro News
'https://svgshare.com/s/YY2' >

A 12-year-old naughty boy swallowed a metal lock by mistake. The doctor used an endoscope to easily take it out in 7 minutes

A 12-year-old naughty boy swallowed a metal lock by mistake. The doctor used an endoscope to easily take it out in 7 minutes  Children are a...

A 12-year-old naughty boy swallowed a metal lock by mistake. The doctor used an endoscope to easily take it out in 7 minutes 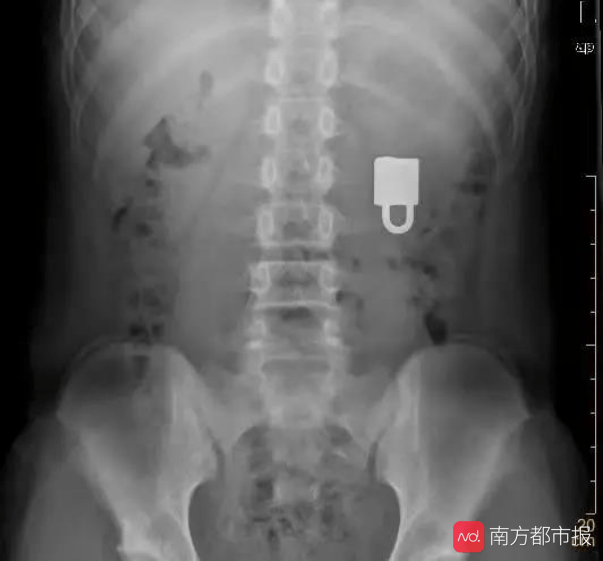 Children are always full of curiosity about the surrounding things and like to stuff all kinds of things into their mouths. Recently, a 12-year-old naughty boy, Xiaodong (pseudonym), accidentally swallowed a metal lock, about 3X4cm in size, out of curiosity. His family was rushed to the hospital when he was found out. 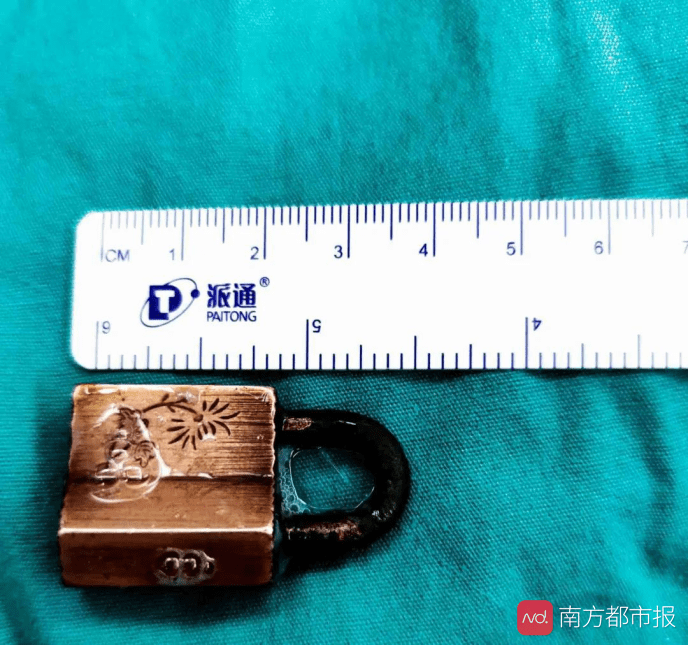 According to CT of the abdomen, there were large metal shadows in the stomach cavity of Xiaodong, and the liver, gallbladder, pancreas, spleen, kidneys, adrenal glands, and pelvic organs showed no obvious abnormalities in plain scan.

Because metal locks are difficult to discharge naturally through the human body, Nie Lifen, deputy chief physician of the Department of Gastroenterology, Guangzhou Red Cross Hospital, performed anesthesia gastroscopy under general anesthesia with endotracheal intubation in the operating room, and took out foreign bodies in the stomach through an endoscope. The operation process was very smooth and only took 7 minutes. Fortunately, the family found out in time, Xiaodong had no complications and suffered invasive surgery. Xiaodong was discharged from the hospital with his parents the next day after the operation. 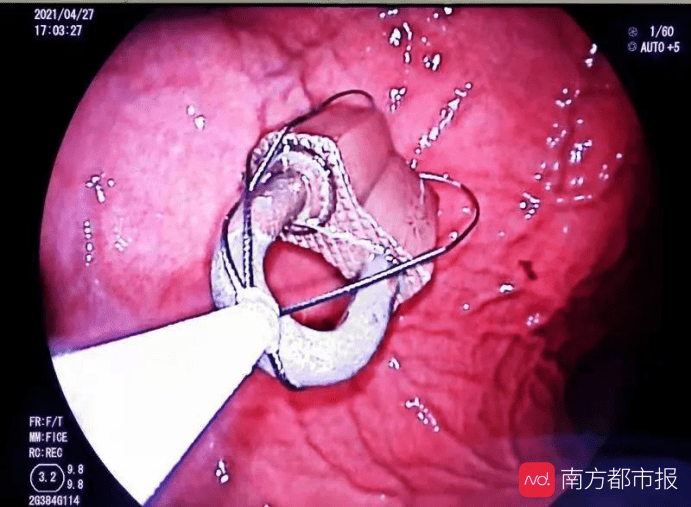 The doctor took out the metal lock through an "electronic endoscope".

2. Since children and the elderly are high incidence of foreign body swallowing, children should be cared for and educated; the elderly should eat slowly, and the dentures that are active or damaged should be repaired in time to avoid tooth loss and swallowing by mistake;

3. Do "not to speak" when eating, and avoid talking and laughing loudly when eating;

4. There is a certain risk of taking foreign bodies, especially sharp and irregularly shaped foreign bodies at both ends, which may get stuck in the middle part of the esophagus and the stenosis of the esophagus. These parts are adjacent to many important tissue structures such as the aorta, trachea, and heart. It may cause perforation or even fatal hemorrhage or infection of the mediastinum and thoracic cavity. It is usually necessary to complete CT and other imaging examinations to clarify the location and neighboring relationship of the foreign body, and even multidisciplinary cooperation such as surgery is required to remove the foreign body under endoscopy. .

5. Compared with surgical operation, endoscopic foreign body removal has the advantages of less trauma, lower cost, and fewer iatrogenic complications. It can be used as the first-choice treatment.