--> Wu Guosheng of Tsinghua University is the man behind the domestic philosophy of science, and he has a reason to dislike the "Three-Body" | AboutMicro News
'https://svgshare.com/s/YY2' >

Wu Guosheng of Tsinghua University is the man behind the domestic philosophy of science, and he has a reason to dislike the "Three-Body"

This is the front cover art for the book  Three Body 三体  written by  Liu Cixin . The book cover art copyright is believed to belong to the p... 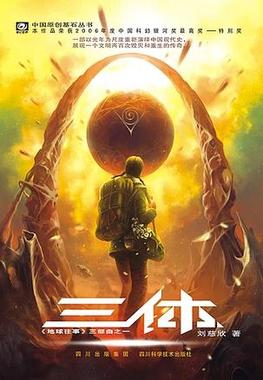 This is the front cover art for the book Three Body 三体 written by Liu Cixin. The book cover art copyright is believed to belong to the publisher, Chongqing Press, or the cover artist.

[This article is from the comment section of "Professor Wu Guosheng of Tsinghua University: "The Three-Body" is so popular that I am surprised that Jin Yong's novels are the Chinese version of science fiction . The title is added by the editor.]

Wu Guosheng is the master of the philosophy of science and technology in China. He entered the Tsinghua Youth Class, which belongs to the prodigy category. At the beginning, it was also transferred by science students. Besides, Wudaokou's science is also superb in China. He can communicate with top domestic scientists anytime and anywhere, which has the geographical advantage of Kezhe's philosophy of technology. (But it's wasteful.)

The core idea of ​​"Three Body" is the sentence: What do I do to you if I destroy you. In fact, this sentence is particularly Cthulhu! But before the advent of the two-way foil, another Trisolaran with a not-so-large technological gap was designed. The problem is that if human beings are first discovered by the singer civilization, there will be no series of resistance, and they will be beaten to death like bugs. This is something that human technology cannot solve.

Wu Guosheng’s point of view should be: Technology is embedded in the entire production relationship of mankind, as well as in other civilizations. People should be the masters of science and technology rather than science and technology. The measurement of all civilizations of the three bodies is not the level of social production and culture, but the simple ability to destroy. People have seen the strength of the singer's civilization, but they don't pay attention to the fact that the singer's civilization is the most serious technological alienation. (Liu Cixin's pessimism in the face of technological alienation and Cthulhu's pessimism is particularly ironic in the singers.)

Anti-scientific realism and anti-intellect (anti-science) are not the same thing! However, domestic academics including Wu Guosheng did not make it clear (many academics are still insisting on scientific realism.) Being behind is not necessarily a problem, it just shows that he hesitated to be influenced by the thinking of Heshang in the 1980s. problem.