--> The Ministry of Foreign Affairs reminded to evacuate quickly! The only resident Chinese reporter tells you what's wrong with this neighboring country | AboutMicro News
'https://svgshare.com/s/YY2' >

The Ministry of Foreign Affairs reminded to evacuate quickly! The only resident Chinese reporter tells you what's wrong with this neighboring country

The Ministry of Foreign Affairs reminded to evacuate quickly! The only resident Chinese reporter tells you what's wrong with this neighboring country

The Chinese Ministry of Foreign Affairs and the Chinese Embassy in Afghanistan have recently reminded Chinese citizens and institutions in Afghanistan to leave the country as soon as possible by using international commercial flights. This important reminder is related to the current security situation in Afghanistan——

The United States and NATO troops began to withdraw from Afghanistan on May 1, creating a huge security vacuum in Afghanistan, leading to a worsening security situation in Afghanistan.

The fighting is getting fiercer

The Taliban, which had been fighting with government forces for many years, took advantage of the withdrawal of foreign troops to increase their offensive strength and attacked the city ​​everywhere.

According to Afghan media reports, only from the 19th to the 20th, the Taliban captured 17 areas in 8 provinces in Afghanistan, and the total number of areas occupied by them has reached about 60. The Taliban are also planning to attack large cities. In Kunduz and Faryab provinces, the Taliban have approached the capitals of the two provinces and are fighting fierce battles with government forces.

In response to the Taliban offensive, the Afghan government replaced the heads of the Ministry of National Defense and the Ministry of Interior and stepped up the crackdown, but the results were limited. 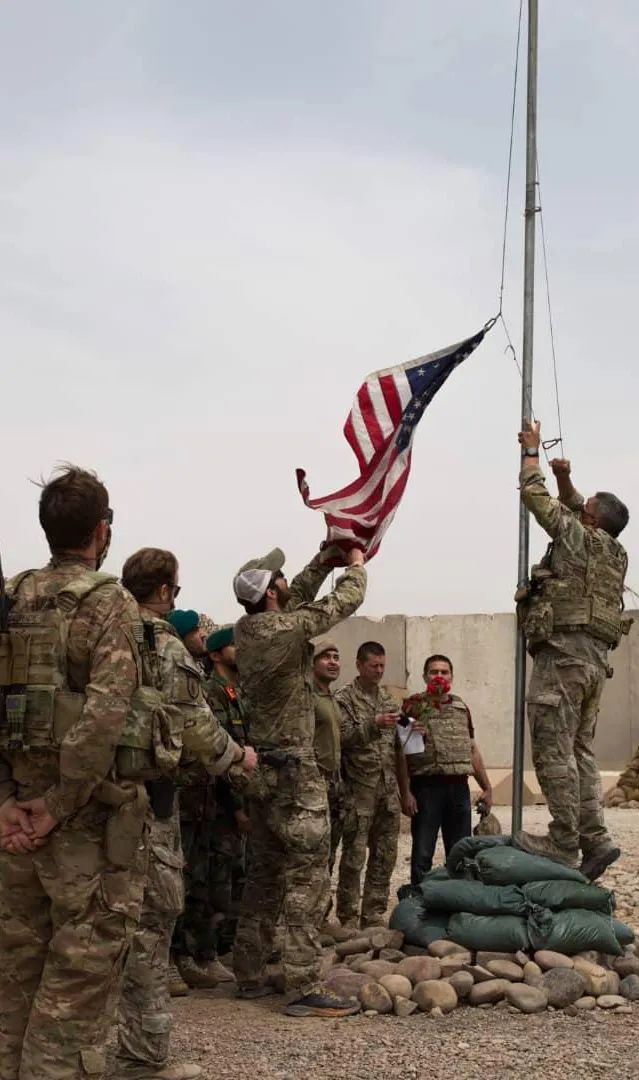 On May 2, US soldiers lowered the American flag at a military base in Helmand Province, Afghanistan. Published by Xinhua News Agency (Photo courtesy of the Ministry of Defense of Afghanistan)

According to statistics, more than 20 terrorist and extremist organizations are active in Afghanistan. After the United States and NATO began to withdraw their troops, these organizations took advantage of the deteriorating security situation and carried out vigorously, and various attacks increased significantly.

In early May, a large-scale attack occurred in the capital Kabul, causing more than 200 casualties. Across the country, there are many small-scale attacks every day. According to Afghan official data, in May, the number of deaths related to terrorist activities in Afghanistan was 4,375, which was 2.6 times that of April.

On June 17, U.S. Secretary of Defense Austin stated: "After the U.S. withdraws, the Al-Qaida organization may grow rapidly in Afghanistan within two years and make a comeback." 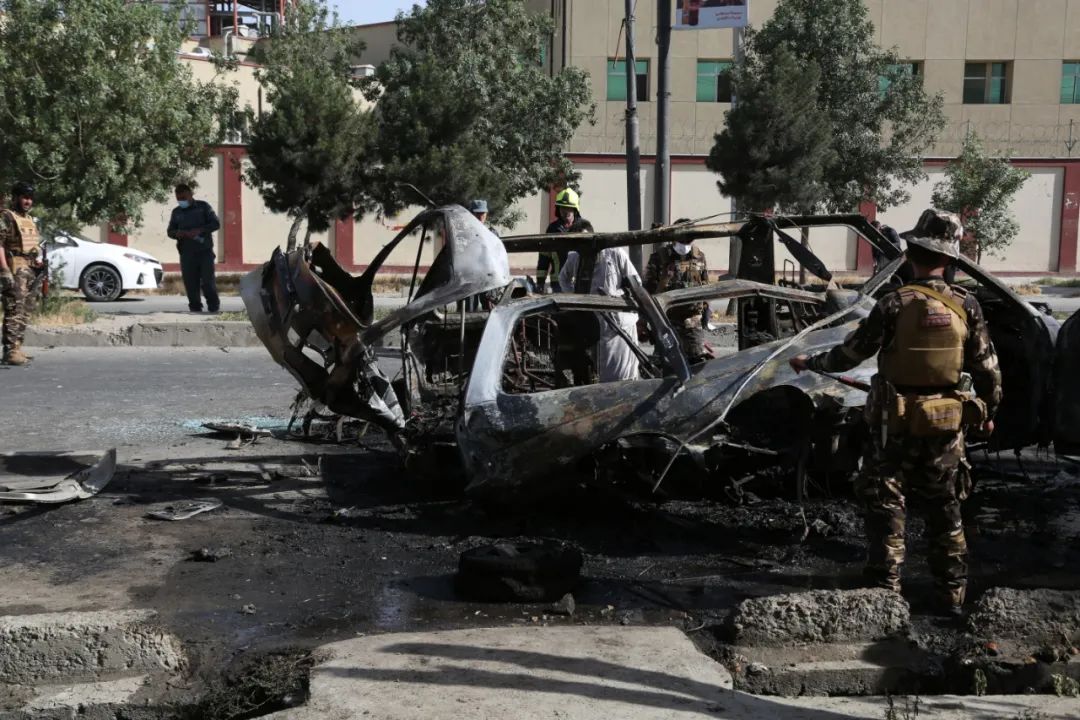 In the deteriorating security situation, the future fate of Kabul International Airport has attracted much attention.

Currently, the airport is controlled by NATO, and NATO hopes to hand it over to Turkey after the withdrawal of troops is over, and the Turkish garrison will ensure the safe operation of the airport. However, the Taliban have publicly stated that they oppose the continued presence of foreign troops in Afghanistan for any reason and threatened to attack foreign troops.

The United States and NATO allies are generally worried that if they lose control of the airport, their safety will not be guaranteed and commercial flight operations will be affected, which is related to whether these countries need to close their embassies. This is also one of the reasons why the US Embassy in Afghanistan issued a security reminder in May, strongly recommending that US citizens leave Afghanistan as soon as possible.

It needs to be pointed out that evacuation from Afghanistan can only be done by air, and land evacuation is not feasible -not only through Taliban-controlled areas along the way, there are also terrorist organizations such as Al-Qaida and Islamic State active in some areas. 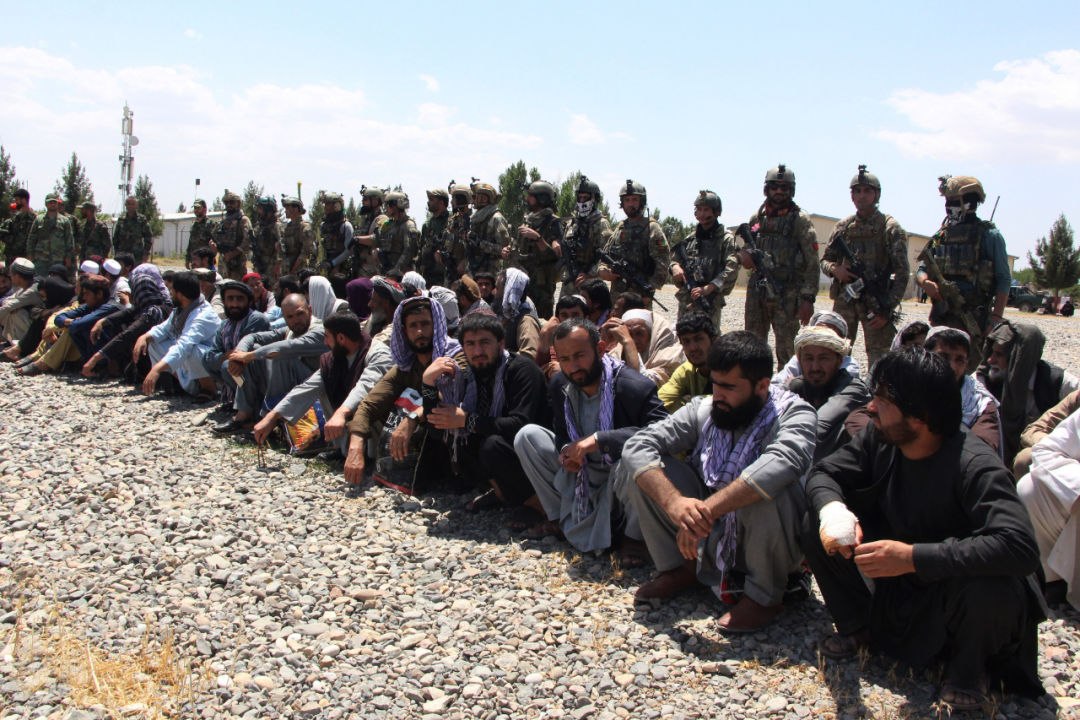 This is a prisoner rescued by Afghan government forces taken in Kunduz, Afghanistan on May 26. Published by Xinhua News Agency (Photo by Ajmal Kakar)

Life is difficult in war

As the only Chinese journalist based in Afghanistan, the reporter has seen many scenes that were unimaginable since he took office in January: armed police and security personnel can be seen everywhere, the explosion-proof walls outside important buildings are tall and heavy, and helicopters operate day and night. , Hovering rumblingly on the roof every few minutes... These scenes all make people truly feel that they are in a war zone.

Whether it's going out for interviews or going to a bank or supermarket, it's dangerous. When reporters and branch staff travel, they will choose different routes for the outbound and return journeys, while avoiding the morning and evening peaks during the high incidence of attacks. The reporter got out of the car and went for the interview. The driver must not leave the car to prevent terrorists from sticking magnetic bombs to the car. After all, the branch vehicles are equipped with foreign license plates, and this type of vehicle is one of the targets of terrorist attacks. 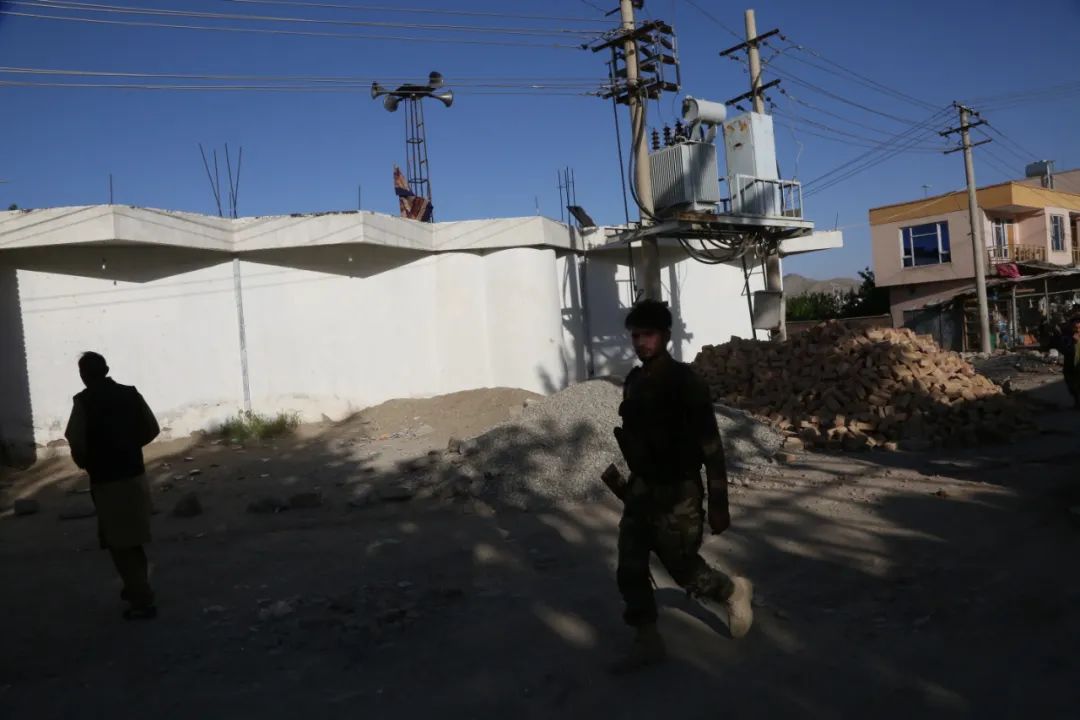 On May 14, security personnel watched outside an attacked mosque on the northern outskirts of the Afghan capital Kabul. Published by Xinhua News Agency (Photo by Rahmatura Alizada)

What worries the reporter most is the ordinary Afghan people who have experienced pain during the war: middle school students who were bombed beyond recognition on the way after school, the little girl who panicked and crying by the roadside after her mother was bombed, and took the bus with her mother. Children whose cars were hit by a bomb and could never return home, children who were begging on the streets, moving bricks in a brick factory, and helping people to polish their shoes, died in the epidemic because they were not treated...

On Children's Day this year, reporters interviewed some Afghan children. When asked what their biggest wish was, they said in unison: "Don't war, go to school." However, such a simple wish is so out of reach for many Afghan children.